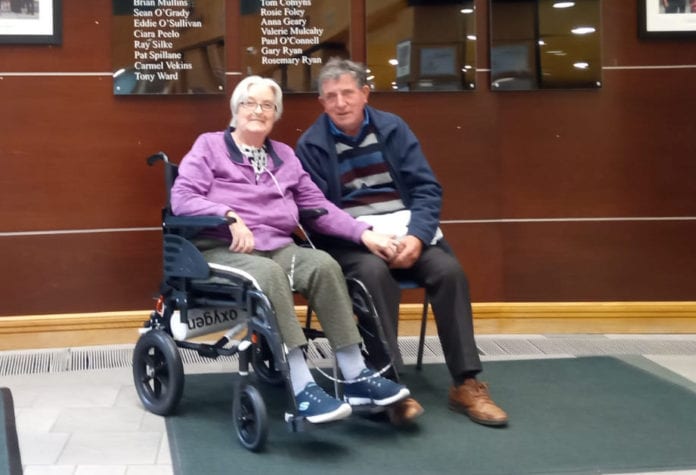 There were emotional scenes at Portiuncula Hospital as one patient departed after spending the better part of three months fighting, and recovering from, COVID-19.

Rose Mannion, from Lorrha in North Tipperary spent 81 days in the ICU between Portiuncula Hospital and UHG over the course of her battle against COVID-19.

Along with her time in ICU, the 66 year old freelance photographer spent another 10 days recovering in a ward, having first been admitted to hospital with the disease on March 28.

Staff at Portiuncula Hospital gathered to applaud Rose as she left to begin her step down rehabilitation treatment in Limerick at the end of June.

In an emotional video shared by the Saolta Hospital Group on twitter, staff at Portiuncula cheered Rose and wished her well as she departed Portiuncula.

There have been a total of 25,527 confirmed cases of COVID-19 in Ireland, and the pandemic has claimed a total of 1,741 lives in the state.

There have been 60 additional deaths related to COVID-19 reported by the Department of Health today, one of which occurred in December, and the...
Read more
COVID-19

There have been 50 further deaths related to COVID-19 reported by the Department of Health today, along with 187 cases in Galway.Nationwide there have...
Read more
COVID-19

COVID-19: Intensive Care Units at capacity in Galway as 141 hospitalised

There are no Intensive Care beds left open in Galway's hospitals with 13 COVID-19 patients in the ICU here as of Thursday night.The latest...
Read more
Facebook
Twitter
Pinterest
WhatsApp