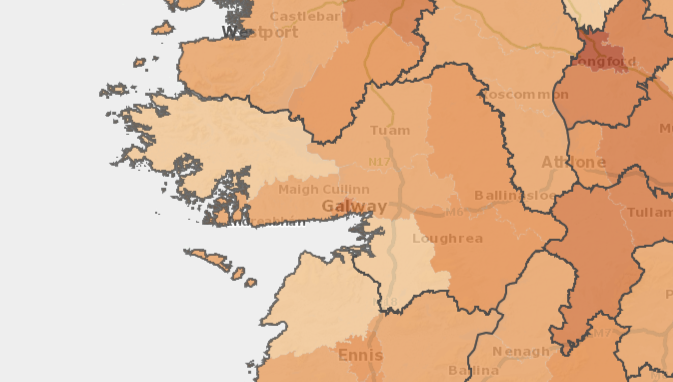 After recording the highest 14-day incidence rate in Ireland for three weeks, Galway City Central LEA’s COVID rate has fallen by over 50% since last week, to 325.8 cases per 100,000 people.

In Conamara North, there were just eight cases confirmed over the two week period and in Conamara South, 15 cases were reported. This gives the Conamara LEAs rates of 46.5 and 70.3 respectively – both well below the national average.

Surge in COVID-19 cases at UHG in recent weeks