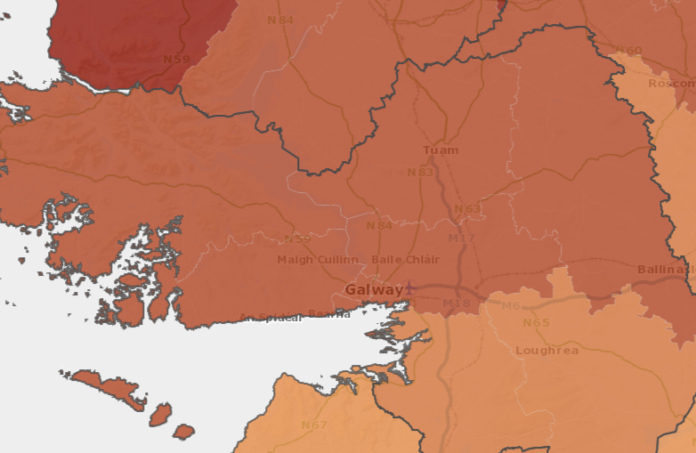 Just one of the ten Local Electoral Areas in Co. Galway has recorded a 14-day COVID incidence rate  below the national average this week.

The latest data shows Loughrea LEA has the lowest COVID rate in the county with 413.5 cases per 100,00 people, just below the national average, with 96 confirmed cases in the area over 14 days.

Conamara North LEA has a rate of 541 (93 confirmed cases in two weeks) and Conamara South’s rate stands at 778 after 166 cases were reported in the area.

The two-week incidence rate in Athenry-Oranmore LEA is now 524 and in Tuam LEA it stands at 506.

When the data was taken during the week, the national incidence rate was 423 cases per 100,000 people.