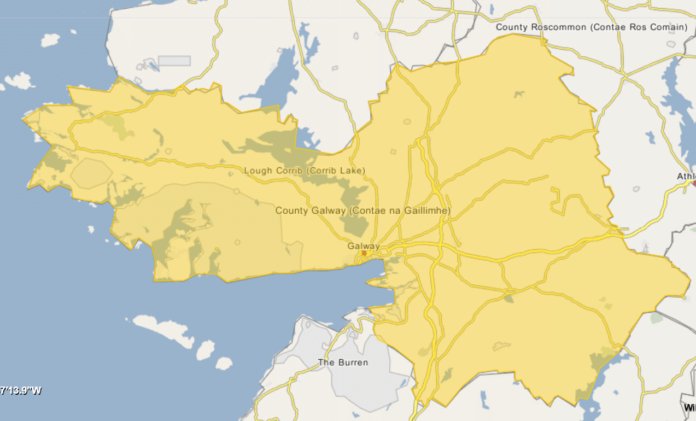 Nine of the ten local electoral areas in Galway have seen their 14-day COVID incidence rates fall in the past week, and just three now have rates above the national average which was 452 cases per 100,000 people when the data was taken.

Conamara North LEA is the only area which saw an increase in its two-week rate to 359 cases per 100,000 people, however the rate there remains well below the national average.

A total of 61 cases were recorded in Conamara North LEA, while in Conamara South LEA there were 58 new cases, taking its incidence rate down to 272 cases per 100,000.

In the city, all three areas saw a decrease in their rate. Galway City East now has the highest rate in the county with 572 cases per 100,000 inhabitants.

There were 404 new cases recorded in Galway city in the two weeks to 6 September.

Gort-Kinvara’s incidence rate is still above the national average at 514 (121 new cases), while Ballinasloe and Loughrea have the lowest rates in the county, at 345 and 302.