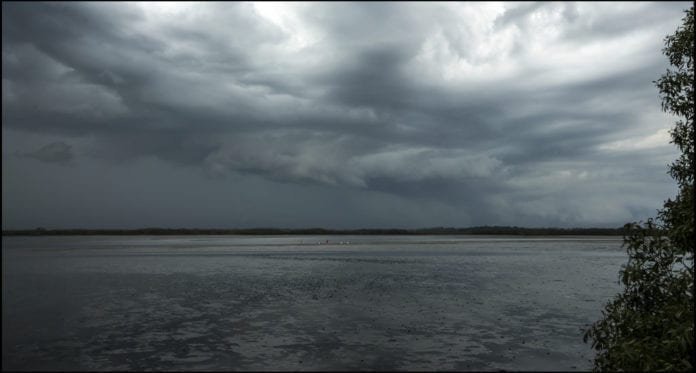 Flooding and falling trees are expected in County Galway tonight as Storm Callum sweeps in from the Atlantic.

Motorists are advised to only venture out if necessary, as trees that may already be weakened by Storm Ali are another potential hazard.

A status Orange weather warning has been issued for Galway ahead of the storm which could see gusts of up to 130km/h.

This will coincide with very high astronomical Spring tides, increasing the risk of flooding on coastal areas.

Galway County Council has taken precautionary measures ahead of the Storm.

The aquadam has been deployed at Spanish Arch, flood gates have been installed at Toft carpark and sandbags are available for collection from 1.00 pm until 16.00 today (11th October) at the Spanish Arch, Fire Station and the Aquarium, Salthill.

The following roads & car parks will be closed from 8pm Thursday 11th Oct. 2018 until further notice:

Lough Atalia from the junction with College Road to the Docks

Salthill & associated roads (inc. The Prom) from the Entrance to Mutton Island to Threadneedle Road

Inbound Slip lane on the Dublin Road at the G Hotel

Two hundred and fifty filled sandbags have been distributed to the Square in Kinvara, and a further number of filled sandbags will be delivered and left in the Square to be used by those in properties which may be exposed to flooding.

Five thousand filled sandbags are available in the Council depot in Tonroe, Clarinbridge and there is a further supply of sandbags and sand at this location.

The Council have said that if any more sandbags are required, contact the Council office in Gort – 091 509065.