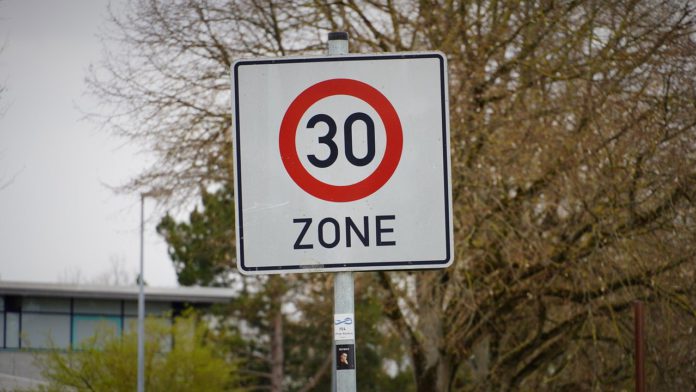 Community advocates for safer streets are pleased that a majority of Galway city councillors voted to include 30 km/h speed limits outside city schools as part of the city’s speed limit review.

At Monday’s council meeting, the Executive promised a full review of speed limits of all city and suburban roads by 2024.

Kevin Jennings, chairperson of Galway Cycling Campaign, said that it was a wise decision, and thanked the nine councillors “who want to make school zones safer by cutting the speed limits.”

“The Road Safety Authority says the evidence is clear. If someone driving a car at 50 km/h hits a person walking, it’s 50:50 whether that person lives or dies,” said Mr Jennings.

“My children and their neighbourhood friends deserve to be as safe as possible going to and from school, and my parents should feel safe trying to cross the road.”

Martina Callanan, deputy chair of Galway Cycling Campaign, said that they have been advocating for lower urban speed limits for years, and they are glad our local representatives are following the science.

“The benefits for people not in motor vehicles are clear. There’s reduced risk of collisions and the horrendous risk of injuries and fatalities is also reduced,” she said.

“There’s also the knock-on effect that more people feel comfortable to leave the car in the driveway and walk or cycle short journeys.”

The community group also points out that the proposed 30 km/h inner city zone will enable the council to – quickly and cheaply – install more zebra and raised courtesy pedestrian crossings.

Ms Callanan added that the new pedestrian crossing with lights at Salthill’s Blackrock is very welcome.

But she said that it shows the huge amount of time and money it takes to install something so needed.

“If the Prom had a speed limit of 30 km/h, the council would have the freedom to scatter zebra crossings like confetti at multiple points between the diving tower and Grattan Road.”