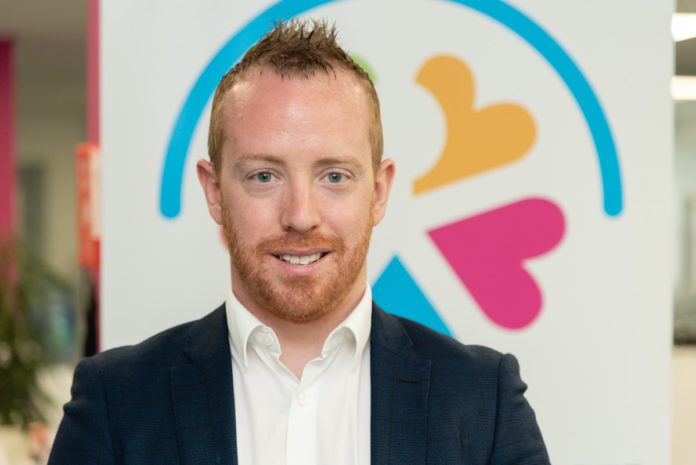 COPE Galway has announced that Michael Smyth has taken over as the charity’s new CEO, replacing Jacqui Horan at the helm after almost a quarter century of her leadership.

Michael took over as the CEO of COPE on May 31, where he is now overseeing the charity’s work on behalf of people who experience homelessness, domestic abuse, and older people requiring nutritional and social supports.

Speaking of his appointment, Michael said, “I am very excited to be joining the COPE Galway team and to build on the phenomenal work this organisation has achieved across the Galway community.”

“As I assume this role during these exceptional times of uncertainty and change across the globe, there are no doubt challenges ahead in leading this organisation into the future.

“Nevertheless, I am motivated by our potential to empower people, create change and strengthen our communities and look forward to the journey ahead”.

Originally from Co. Meath, Michael has been living in Galway for the past 13 years. He comes to COPE after previously leading SCULL Enterprises.

He had been CEO of SCULL, a community development charity based in the east side of Galway City, since 2014.

He is taking over from Jacqui Horan as the Chief Executive, but she is far from done with the charity she has devoted so much of her life to, and will be taking over as the head of their Senior Support Service next month.

COPE Galway Chairman, Eamon Bradshaw, welcomed Michael on behalf of the Board of Directors and commended the legacy of Michael’s predecessor, Jacquie Horan.

“Jacquie has successfully led COPE Galway through immense social challenges and changes over the past 24 years and we wish her the very best as she takes up her new role as COPE Galway’s Head of Senior Support Service next month.”

“Homelessness has not gone away; reports of domestic abuse increased exponentially during the pandemic and recent narratives around ageing and older people indicate a need for more focus on positive and active ageing in our community, now more than ever before.”

“We are confident that Michael, with his extensive experience and his passionate belief in people’s potential and the power of community, will lead COPE Galway successfully in delivering our vision for a community where every person is valued, cared for and supported.”

COPE Galway has 120 staff and 170 volunteers operating their homeless, domestic abuse, and senior support services from twelve locations around the city.

Last year, they supported over 3,000 men, women, children and young people across the city and county.