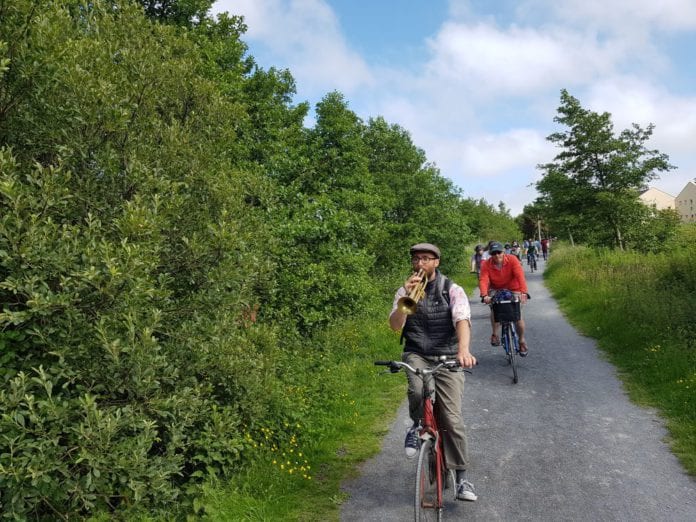 The Connemara Greenway between Galway and Clifden has been awarded €2.6 million this week to complete a 21km stretch of the route.

The funding, which was announced at the launch of Bike Week 2019, will be used to several sections of greenway between Clifden and Recess.

The Connemara Greenway was one of ten which received a total of €40 million in funding announced by Minister for Transport and Tourism Shane Ross.

He said that these dedicates routes will provide “safe, substantially segregated Greenways that give users access to the beautiful scenery that Ireland is renowned for and will bring new visitors to the many attractions there are to see around the country.”

“All projects will also make provision for the All-Ireland pollinator plan to increase our bio-diversity and respect our environment.”

The project has the support of all five Galway West TDs, but has been bogged down in land access issues for years.

Despite this the project has progressed in sections with with 6km of the route between Athry and Cloonbedg opening in May 2018.

The Connemara Greenway Alliance believes that when complete the project could add €18 million to the local economy every year and support 450 jobs in small rural towns and villages along the route.

Galway West TD Seán Kyne welcomed the announcement and said that it will “extend the Greenway between Clifden and Oughterard”.

I am delighted to confirm investment of €2.6 million in the Connemara Greenway. This funding will extend the Greenway between Clifden and Oughterard and comes from the Government’s national fund for Greenways, overseen by Minister Shane Ross. @galwaygreenway pic.twitter.com/It0BDGxedJ

The Clifden to Oughterard stretch of the route is not held back by the same access issues as other areas, since it will run entirely along the disused railway route owned by the state.

Minister of State Brendan Griffin said that the projects invested in this week “will see Ireland with a network of around 500km of Greenways.”

“We will not be stopping there, we know there are more plans and communities out there that will be looking for funding in the future and the commitment of Government is spelled out in the National Development Plan.”