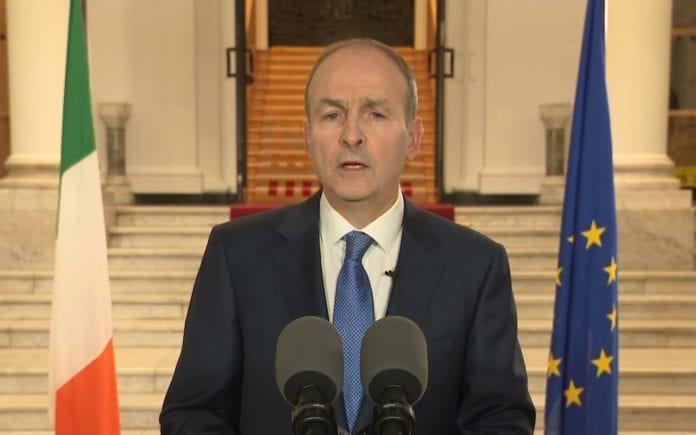 An Taoiseach Michéal Martin has announced that Level 5 COVID-19 restrictions will remain in place until at least April 5, with schools set to begin reopening from Monday, March 1.

The Taoiseach confirmed the measures following a Cabinet meeting earlier today, at which Ministers agreed to extend the current lockdown until Easter Monday.

On March 1, junior and senior infants will return as well as first and second class in primary school. In secondary schools, Leaving Certificate classes will also return next week.

The rest of primary school classes and fifth years at secondary schools are expected to return two weeks later on March 15.

After the Easter Holidays, all remaining secondary school students below fifth year will return on this target date.

Pandemic Unemployment Payments will also be extended until the end of June.

Addressing the nation, The Taoiseach said that we are all completely fed up with the restrictions, and that our progress in response to this wave has been one of the best in Europe.

“When we open things we want them to stay open,” he said, urging everyone to continue their efforts to follow the public health advice and restrictions.

“We need to use the month of march to drive down case numbers,” he added, thanking those on the frontline in the health service.

“I know how hard this, I know the toll that this is having on so many people’s mental health and wellbeing… But the end is in sight,” he said.