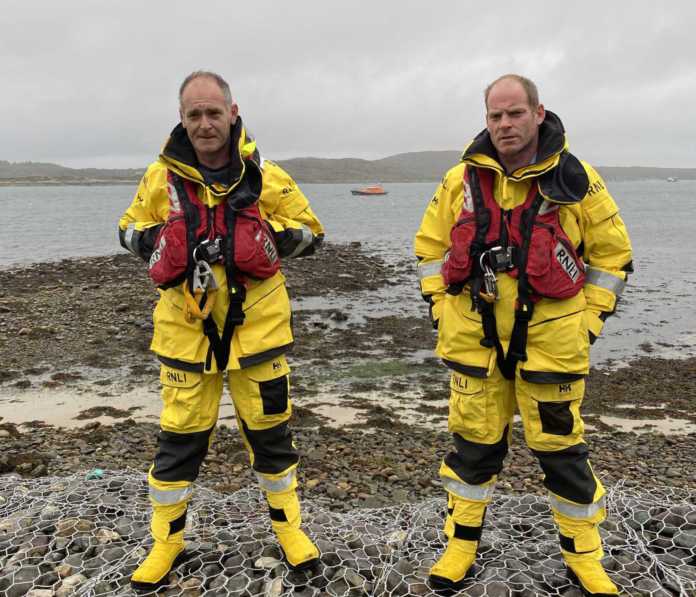 Clifden brothers James and John Mullen have been on the front lines of the past year, both in their days jobs as paramedics, and volunteering as Coxswains for their local RNLI lifeboat station in their spare time.

As the RNLI is launching its Christmas fundraising appeal, the lifesaving charity is highlighting the stories of the people who give up their time to keep people safe on the sea.

It has been a challenging year for the RNLI, with the difficulties all charities have faced with COVID-19, and many of those same volunteers who have been working through the year will also be standing on notice this Christmas in case they are needed.

John and James both signed up as volunteer lifeboat crew when they were younger, with James having to obtain written permission from their parents as he was only seventeen.

The brothers have been close all their lives and work alternative shifts in their paramedic roles. If you call an ambulance in Clifden, the odds are good it will be James or John who will be coming to help you.

As this year began, neither brother was aware how different it would be and how they would have to use all their training to come to grips with the new reality of lifesaving during a pandemic.

“It’s been an emotional roller coaster of a year,” John commented. “It started as normal but when lockdown came, lifeboat calls slowed, and we were not able to train.”

“However, once restrictions eased with the fine weather, our callouts went steadily up, and we were very busy.”

They began to notice more people on the beaches, and the return of the people out on paddleboards, and the “dreaded inflatables” in the water.

While they were fully back in action, the volunteers also had to deal with the fact of working with PPE in often very challenging conditions, along with new protocols to keep the crew and public safe.

“We’ve had to change our whole way of working as a lifeboat crew during the pandemic,” John added.

“You can no longer rush down to the station and training is something that needs to be planned with a view to what volunteer needs what training to keep on top of everything.”

“Sadly there is less socialising and the cuppa after the exercise or callout is gone. We look at the crew now and think, ‘who can we let go out on a callout?”

“Do we have enough Coxswains or navigators if someone gets sick or needs to isolate?’ These are all to be factored into our volunteering now and it’s something we take very seriously.” 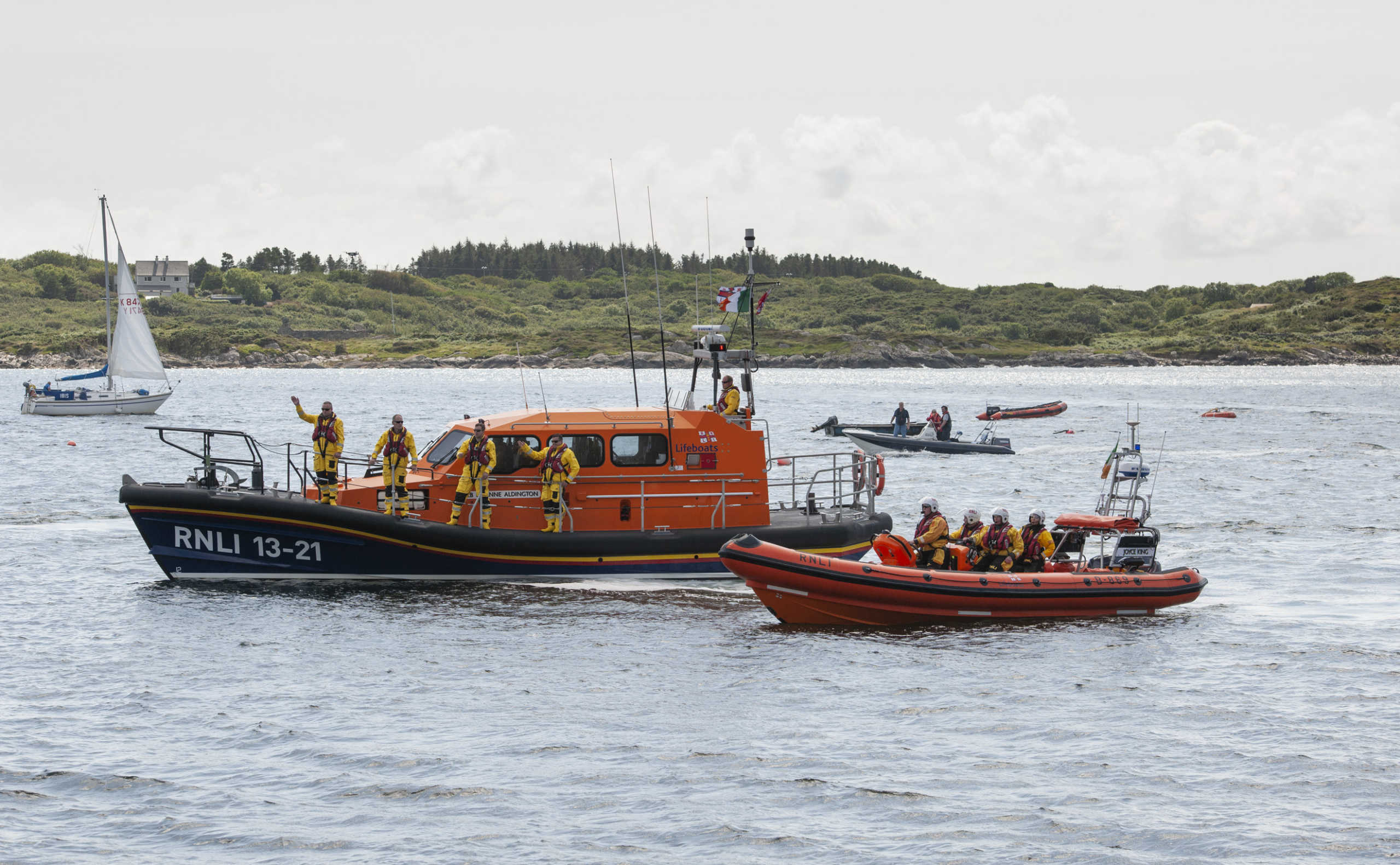 The lifeboat crew are back to exercising and training once a week. James, in his role as Lifeboat Training Coordinator at the station sees who needs to go out urgently as he wants all the crew to keep up their skills and be familiar with both lifeboats.

In a lifeboat emergency all crew must be ready for what is thrown at them. To help in this, the Clifden RNLI station will be receiving their own Shannon class lifeboat in the future.

This all weather lifeboat is the one that will carry 10,000 names from the public through the Launch a Memory appeal.

This year the RNLI has spent €1.3 million on PPE such as masks, gloves, and hand sanitiser, an unexpected expense beyond their regular operating budget.

To support the charity with a donation in their Christmas Appeal go to RNLI.org/Xmas

“We’ve worked hard to keep our lifeboats on service this year and I’m very proud of everyone at the station,” John  Mullen said.