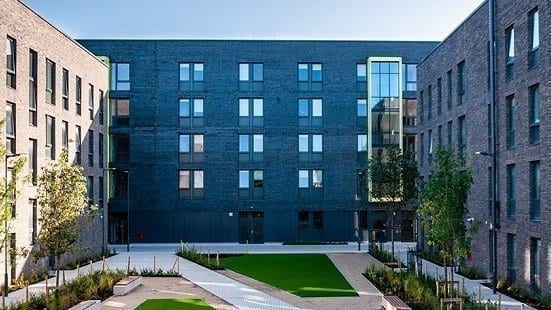 Galway City Councillor Eddie Hoare has criticised the decision by NUIG to impose a 4% rent increase on campus accommodation.

The recently announced rent increase will come into effect for the 2020/2021 academic year and will see rents in the newly developed Goldcrest Village increase to nearly €750 per month for a single room.

Councillor Hoare believes that the proposed increase sends out the wrong message to current and prospective students.

“Having attended the launch of NUI Galway’s Strategic Plan 2020-2025 I was pleased to see ‘affordable and sustainable on-campus accommodation for our students’ listed as a key priority within the plan.”

“In my opinion, this recent move directly contradicts this objective at the expense of students and their families”

An alumni of NUIG himself, Eddie Hoare said that he intends to contact the university President Ciarán Ó hÓgartaigh to seek clarity on the rationale behind this decision, and to request that it be reversed.

NUIG put the rent increase down to both increased operating costs, and the need for significant investment in Corrib Village, now 30 years old.

However the Students Union at NUIG has also come out strongly against the university’s decision.

It accused the university of “exploiting” students and families who cannot afford the rents they are already paying.

An online petition started by the SU calling on NUIG to abandon the rent hike has so far attracted almost 1,400 signatures.

SU President Clare Austick said: “We meet students everyday who have to work two or more part-time jobs to stay in college, students who commute huge distances, students who can’t afford decent accommodation and students who aren’t in college who should be.”

“We are outraged that in the midst of an accommodation crisis the University is again looking to profit from the desperation of students looking for accommodation.”