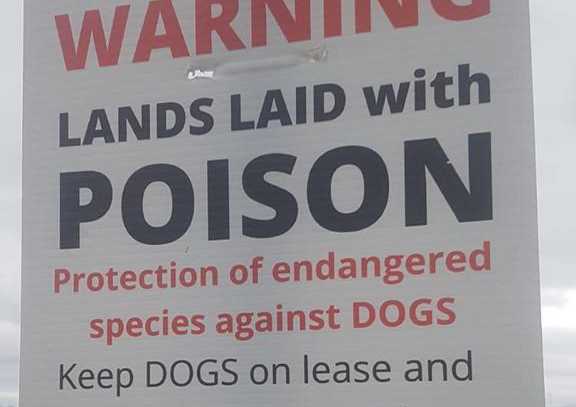 Galway City Council is investigating ‘as a matter of urgency’ an unusual poster which appeared yesterday in the city.

The sign appeared on the Long Walk, and warned people to keep dogs on a leash as poision has been put down in the area.

Galway City Council has taken down the ‘bogus’ sign, which is littered with spelling mistakes, and is investigating the matter further today.

The poster suggested that a poison called xylitol was in the area which could result in a life-threatening drop in blood sugar and liver failure.

On the Long Walk in Galway.#galway

Terrifying for all dog owners. pic.twitter.com/4z2KnXQtpy

It also features the logo of the Environmental Protection Agency, but the EPA says it did not give permission for its logo to be used on the sign.