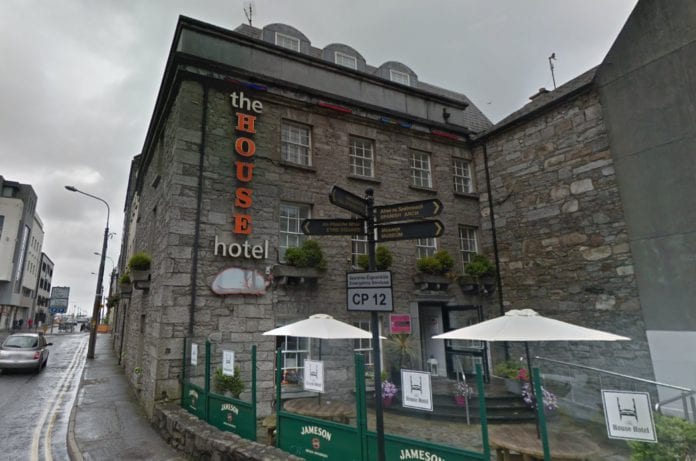 The House Hotel in Galway city centre plans to expand its count of guest bedrooms by removing the restaurant currently on the ground floor.

Ranchwell Ltd is seeking planning permission to replace the hotel restaurant with 7 new bedrooms and 1 reading/meeting room, as well as making other internal modifications.

As part of the project the public toilets will also be reconfigured to create more dining space in the lobby,

“The addition of seating to the existing yard to the south east will also enhance the reception area and create a secure outdoor seating space and garden area for guests,” the application states.

The addition of the new reading room opening out onto on the north east side will “bring activity to both the elevation and the street” as well as “allow a visual connection from the pedestrian footpath through to corridor”.

The new extension to be built at the south east will facilitate three of the proposed seven new bedrooms.

The House Hotel is a Protected Structure at Spanish Parade, which is also located within the City Core Architectural Conservation Area.

The forecourt and boundary wall of the site date back to at least the time of the first Ordnance Survey Map of 1830, and the stretch of building along Dock Road may also be from this period.

The part of the building and laneway on Merchants Road are later additions, featuring on the 1930 OS Map.

A survey of the ground floor of the hotel found “no visible evidence of the original fabric and features,” according to the planning application.

It has been extensively altered over time with the addition of partition walls and internal plastering on the walls and ceilings and floors in a variety of modern finishes.

A decision on this planning application is due from Galway County Council by May 10.