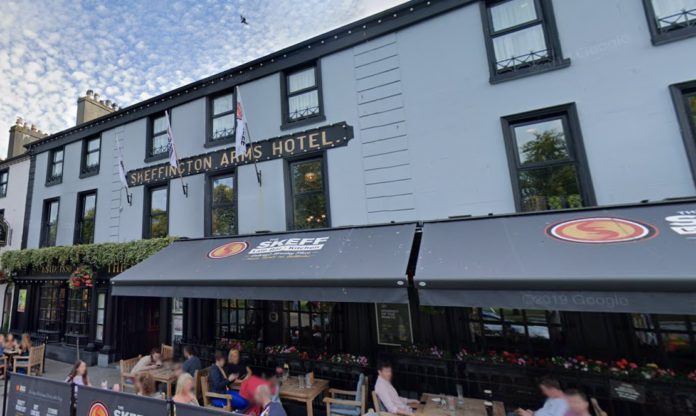 An Bord Pleanála has approved plans for a massive expansion of a hotel in Galway City Centre.

Skeffington Arms Limited has received approval to demolish the DNA nightclub at Ballalley Lane, and build a new six storey extension to the Skeffington Arms Hotel in its place.

This after the city council refused planning permission for the development due to concerns about its design being out of character with the Eyre Square area, and the plot density.

The proposed extension would contain guest bedrooms, a reception, breakfast areas, and restaurant with outdoor seating area, and would be connected to the existing hotel building through a link corridor at the second floor.

The city council’s decision was appealed to An Bord Pleanála, disagreeing with the council’s assessment of its design and whether the density was a disqualifying factor.

The appeal argued that there are many modern buildings are visible within the skyline of the Eyre Square Architectural Conservation Area.

It also stated that more compact development is encouraged by the National Planning Framework, and that many buildings within the Eyre Square area exceed the plot ratios outlined in the City Development Plan.

The appeal argued that the originally proposed seven storey hotel development is reasonable for a city centre location, and that the nightclub building which is to be demolished is not an historical building.

The city council responded to the appeal with a submission to An Bord Pleanála reiterating many of the concerns in the original rejection.

It said that the proposal was substandard in its design and scale, and would overall have a negative impact on Eyre Square.

Planning permission was ultimately granted for the hotel extension with 16 conditions attached by An Bord Pleanála.

The Bord stipulated that the original plans for a seven storey development should be reduced to six storeys, with the set back restaurant retained as the top floor.

An archaeological appraisal of the site must also be carried out before any works take place there.