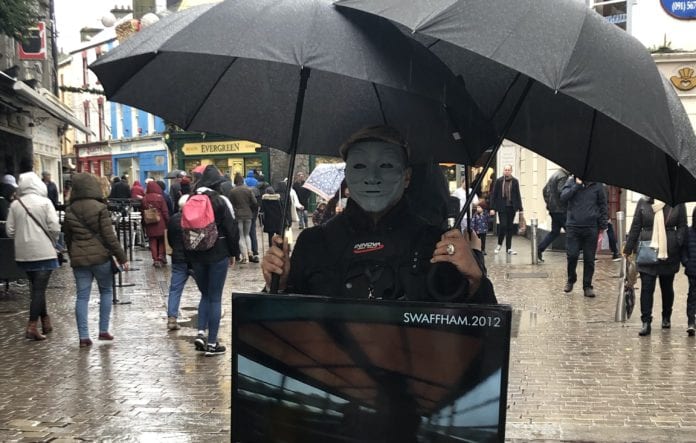 On Saturday, the middle of Shop Street was occupied by a group who call themselves ‘Oppressed & Unheard’.

Oppressed & Unheard are an animal rights organisation based in Ireland.

The group holds and advocates for an abolitionist stance on animal use.

This means they are against the use of animal products in totality.

The group is affiliated with the National Animal Rights Association which is a vegan awareness group based in Dublin.

The National Animal Rights Association were the group responsible for stealing 9 lobsters from ‘ka shing’ restaurant and releasing them into the sea in 2015.

The demonstration in Galway this Saturday consisted of two people from the group. 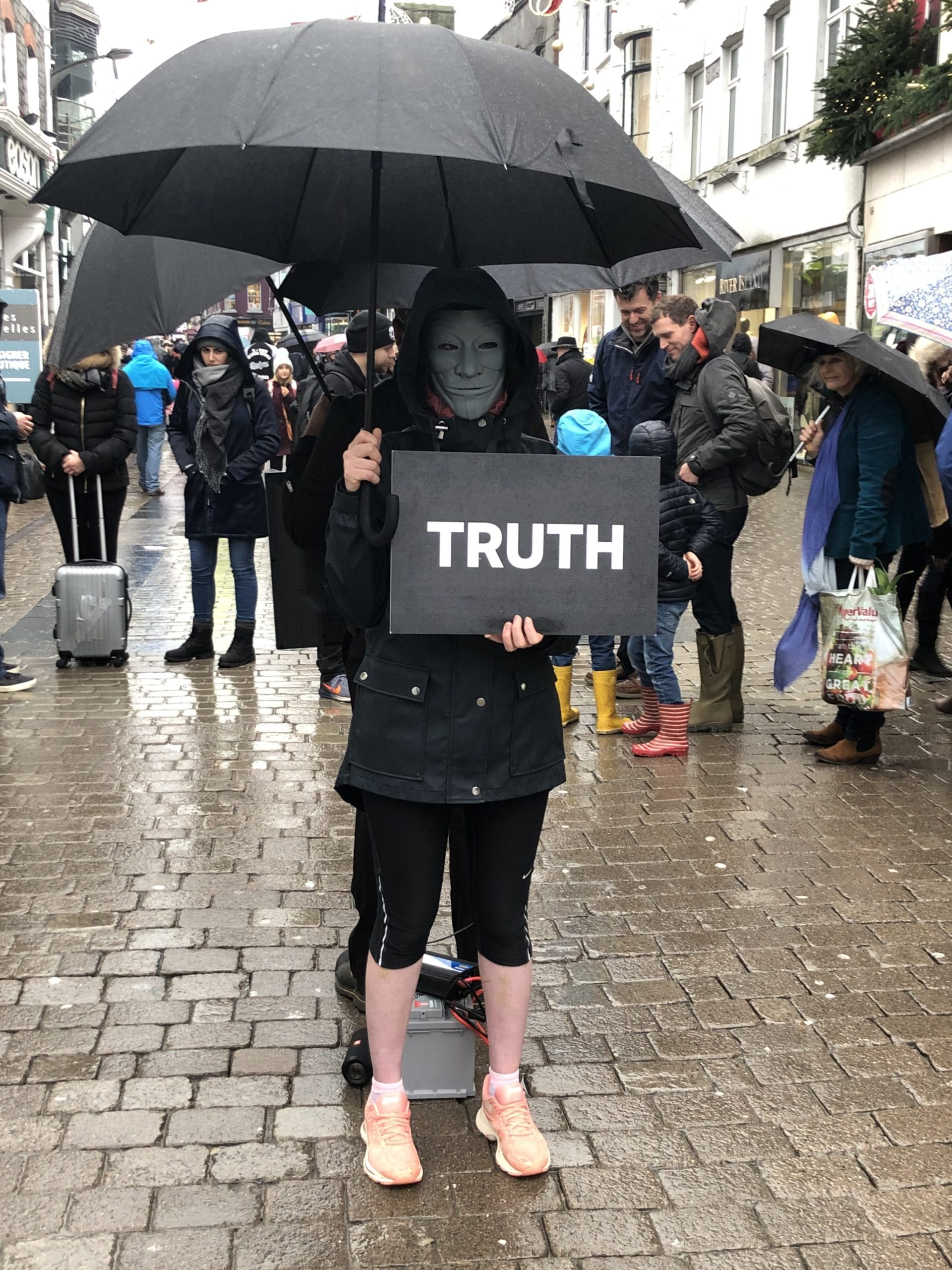 He informed Galway Daily that in the short term, it was their wish to see fur farming banned outright.

He explained how the group has been instrumental in the ‘Prohibition of Fur Farming Bill’ which was introduced in the Dáil by Solidarity – People Before Profit TD Ruth Coppinger in October of this year.

The Bill is due to be debated in January.

Karl Leonard stated the Bill has support from Sinn Féin, People Before Profit, Solidarity, Labour and a number of Independents.

The activist declared that it was Fianna Fáil and Fine Gael who were ‘holding back’ on their support for the bill. He claimed Fianna Fáil supported the Bill in 2009 due to their coalition with the Green Party but have since rescinded on this support.

Karl Leonard said he was quite confident of the Bill passing both houses of the Oireachtas if the Fianna Fáil front bench decide to support the Bill.

Among other things the activist claimed Oppressed & Unheard are not solely limited to Vegan issues but also wholeheartedly endorsed the Repeal the 8th Campaign. Karl Leonard claimed the pro choice position was a result of the group being ‘intersectional’.

The Oppressed & Unheard Facebook page states that in ‘order to defeat speciesism, we must also reject all forms  of discrimination’.