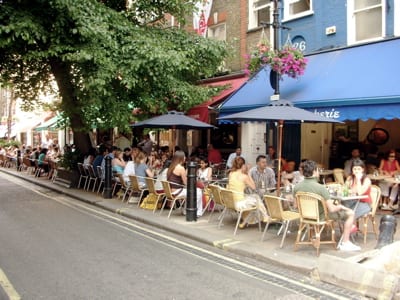 A public information meeting will take place tomorrow evening to gather ideas for the ‘Change Our Streets’ movement which has garnered massive support in Galway in recent weeks.

The meeting follows last week’s Open Letter which was sent to Galway City Council suggesting creative ways to make better use of road and street space.

The letter was signed by nearly 200 individuals and organisations, including Galway Chamber, Westend Traders, Knocknacarra FC, restaurants and pubs, and many more have voiced their support since the letter was sent.

Tomorrow’s meeting, hosted by Galway Cycling Campaign, will take place via Zoom at 8pm and the organisation is looking for specific suggestions of locations that could be improved.

They already have many ideas ready to present in detail to the Council. People have suggested using cones and planters to widen footpaths and add pop-up cycle lanes, piloting new pedestrian areas, and creating safe traffic-free routes to parks and pitches.

Martina Callanan of Galway Cycling Campaign said that there’s a long summer ahead with no school, no summer camps, and no contact-sports training due to the two meter social distancing required to keep us safe during the pandemic.

“The Corona Citizens Science Project by NUI Galway shows that the negative effect of the pandemic on well-being and mental health would appear to be greater for younger people as compared to older people,” said Martina.

“We need to make our city to be easier, safer, and more pleasant to keep the 2m social distance.

“Whether you are six years old or ninety-six years young, our residential, recreational and retail areas need to change. We need more space so that everyone feels safe going to the shops or being outside for a stroll.

“We have all been delighted to see more kids and families on bikes because they feel safer due to reduced traffic.

“Cycling is a great activity for small children to maintain social distance, enjoy exercise, be social with their family, and get fresh air.”