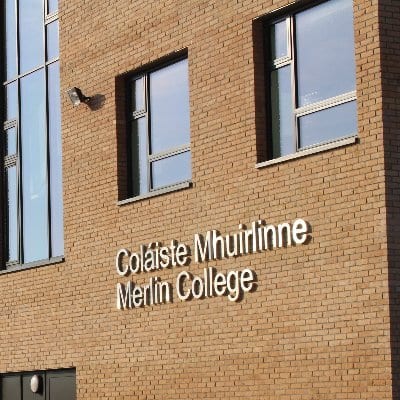 Catherine Connolly TD has asked the Minister for Education why Merlin College has been refused an extension despite having capacity issues.

The school had to reject students this year, and it had the same issue last year when there was a high demand for places, she said.

Minister Norma Foley told Deputy Connolly that following an assessment, the Department is “satisfied that there is adequate capacity available or planned to cater for projected enrolments and therefore an extension… is not required”.

But the Galway West TD said that there is something ‘very wrong’ with the Department’s analysis.

“We have been through this with Educate Together in Galway, where there was a battle to show there was a need,” she said.

“Merlin College in Doughiska is a very good school with 650 pupils. Last year it turned away 70 applicants. This year it opened its admissions for next year and within two weeks it was oversubscribed.”

The Independent TD added that as of Tuesday, it had 135 applications for 120 places and that she does not understand what analysis has been carried out.

“This is a school in a city which is the fastest-growing in the country,” she said.

“It is one of five destined to grow more as outlined in the development plan. We know the school is oversubscribed and is struggling gallantly with a range of difficulties, including not having Delivering Equality of Opportunity in Schools, DEIS, status.

“It is simply asking for an extension to cope with the numbers.”

Minister Foley responded by saying that the long-term projected enrolment in the Galway city school planning area is set to peak at 7,839 in 2024.

“On the completion of planned capital projects, there will be capacity to cater for 8,697 post-primary pupils which will also cater for additional housing developments in the area,” she said.

But Deputy Connolly said that just like the Budget, the figures are Monopoly figures.

“This school is turning away students,” she said. “There is no capacity in the area and students have no other schools to go to. The welfare officer is at the school, trying to find placements for sixth class, and being told to go to Athenry.

“That is not viable because there is no transport. The school is turning away students.”