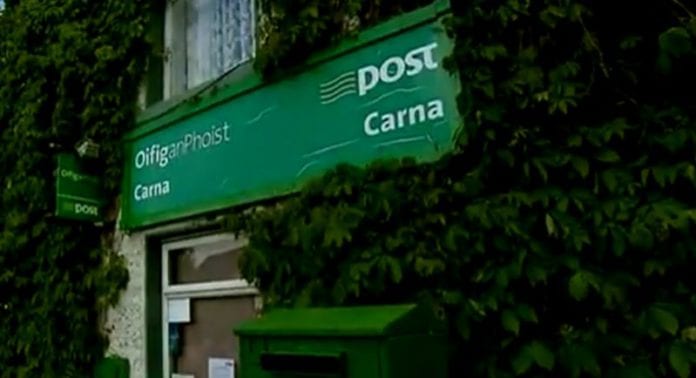 An Post officials will meet with a delegation of locals and public representatives in Carna tomorrow to discuss the future of the villages Post Office which was unexpectedly closed last month.

Carna Post Office was unexpectedly closed in early May due to what An Post officials described as ‘circumstances beyond their control’.

Services for Department of Social Protection customers have been transferred to the nearby Cill Chiaráin Post office in the interim period.

An Post says it is working to re-open the office as quickly as possible – but last month indicated that restoring the service may take some time.

The issue was the subject of a well-attended public meeting in the area, where concerns were outlined regarding the impact the closure was having on local people and businesses.

An Post officials will now travel to Carna tomorrow to meet with a local delegation.

Local and oireachtas representatives for the region are being invited to attend to discuss the future of the service.