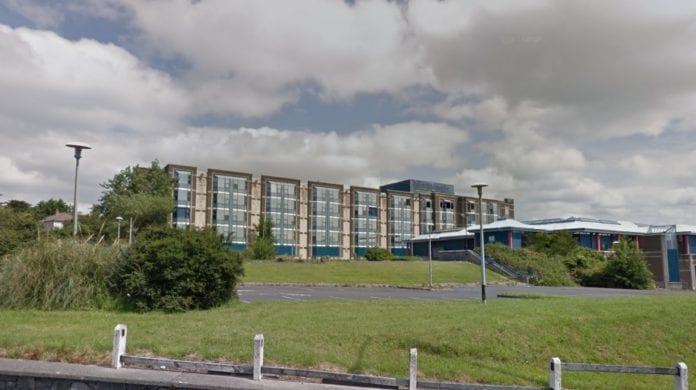 The derelict Corrib Great Southern Hotel needs to be demolished before anyone is killed there insists one Galway City Councillor.

Fianna Fáil city councillor Alan Cheevers said that its time for the owners of the Corrib Great Southern to act and indicate plans for the property after a fire at the former hotel on Monday.

The hotel has been subject to multiple arson incidents in the years it has been abandoned.

The most recent incident occurred on Monday, when emergency services were called to a fire on the third floor of the hotel.

Gardaí have said that they are treating the fire as suspicious.

The Corrib Great Southern is owner by the billionaire Galway brothers Luke and Brian Comer.

Last year they held talks with the city council, during which they indicated intentions to redevelop the city with apartments, student accommodation, and retail space.

Councillor Cheevers said that in the short term the derelict hotel needs to be demolished, as “we can’t risk any fatalities”.

This is very possible with the property in its current condition he suggested, be it either a member of the public or emergency services who have come to deal with an issue.

“The residents in surrounding areas of Woodhaven and Lurgen Park, as well as Renmore, are very concerned with the property in its current condition,” Alan Cheevers said.

“I believe the local authority also needs to look at how they deal with long term vacant properties”.

“I don’t believe they are implementing the vacant site levy as effectively as they should be and we also need to look at compulsory purchase orders on these properties that a long term vacant as they have in Limerick County Council.”

Councillor Cheevers concluded by saying that the derelict hotel has become an eyesore, and is not a welcoming structure for the 2020 Capital of Culture.