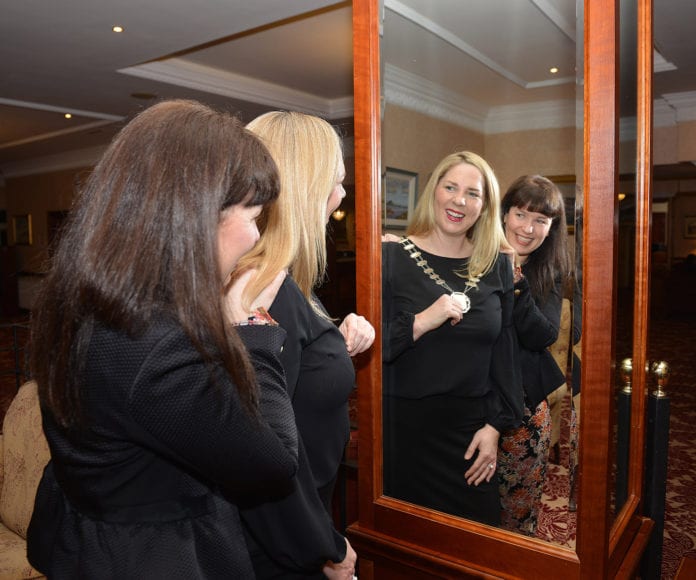 Joanne Murphy has been officially appointed President of the Business and Professional Women’s Club Galway.

She was appointed president at BPW Galway’s AGM in the Ardilaun Hotel this week, taking over from Valerie Murphy after a two-year stint as president.

A well-known figure in Galway from her numerous years of professional fundraising for Enable Ireland and the Irish Cancer Society, Joanne has forged a successful career and business as an Event MC, Presenter and Sports Announcer in recent years.

She has worked with many international events at home and abroad and is widely recognised as the ‘Irish Voice of IRONMAN’.

Speaking about her appointment Joanne said: “As incoming President I am inspired and influenced by the many great Presidents who have held this role before me.

“BPW and its members have given me so much professionally and personally since I joined in 2010.  BPW is not just a club it is a community, built on friendship, shared values and great fun.

“I am a firm believer in ‘you get back what you give out,’ the more you get involved in something the greater the reward. I never thought that when I joined the club that I would one day be President and for this opportunity I am most grateful.”

Joanne also provides sports event management and marketing support to a number of events, working with Lough Cutra Castle Triathlon as well as RunIreland.com, sister company to Proactive Design and Marketing, she is also an ambassador for Windsor Galway Renault.

A keen triathlete and cyclist, Joanne holds two Irish endurance cycling records with her fellow Galway Triathlon Club members; The Galway Baybes for the Race Around Ireland (2017) and the Donegal Ultra 555k (2018).