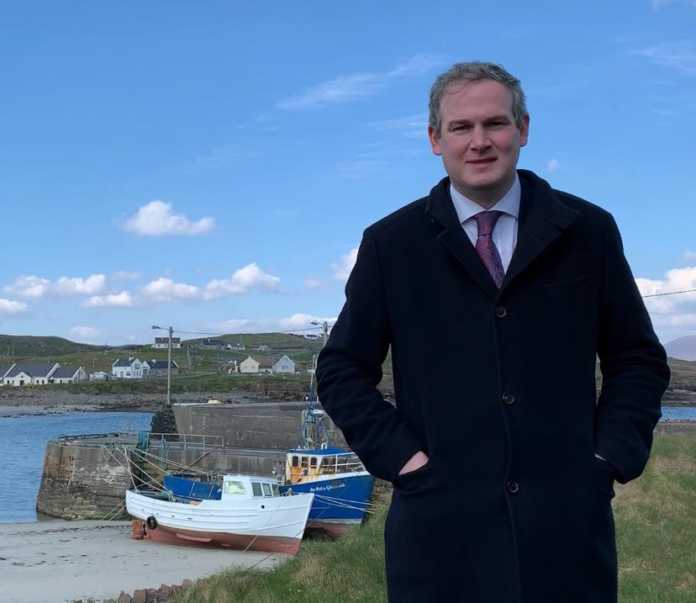 Fishing communities on the coast of Galway will be severely hampered by new restrictions on where UK fishing trawlers can land their catch in Ireland Senator Sean Kyne has said.

After Brexit, UK trawlers are only allowed to land their fishing catch at two ports in Ireland, at Killybegs (Donegal) and Castletownbere (Cork).

Senator Kyne said that these restrictions are making the already fraught Brexit situation even more challenging for coastal communities, in particular those involved in seafood processing.

“This is unacceptable and places jobs and livelihoods at other ports around our coast, such as Ros a Mhil in Connemara and Greencastle in Donegal, at risk. Every effort needs to be made to change this rule so that UK trawlers can land catches at other ports.”

The restriction is due to regulations which state that fishing vessels from third party countries may only land at international ports.

“Of further concern is the decision to only include registered ‘Producer Organisation boats’ from fishing in UK waters, agreed under a list supplied by Irish Authorities as part of the final Brexit deal.”

“I understand from Minister McConalogue that a list had to be agreed quickly in the context of securing a Brexit agreement but that further lists are being prepared by his Department to include other boats.”

“There can be no delay in these new lists being prepared so that as many Irish boats as possible, from the fishing communities around our coasts, can fish in UK waters.”

“It is vital not only for the Irish trawlers and fishers but also for the local companies in the sea-food processing sector.”

Work has begun on a €2 million expansion of Seamount College in Kinvara to build additional permanent classrooms for the secondary school.Galway East TD...
Read more
NEWS

Planning permission is being sought for the expansion of the Forster Court Hotel in Galway city centre to include new guest rooms and conference...
Read more
Facebook
Twitter
Pinterest
WhatsApp