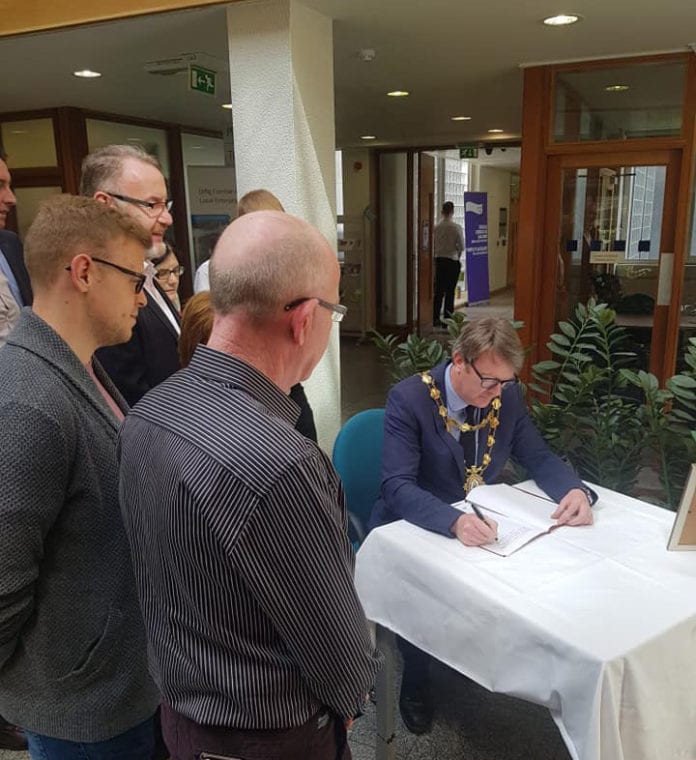 A Book of Condolence is open for people to sign in memory of the late journalist Lyra McKee who was killed in Derry.

Mayor of Galway Niall McNelis opened the Book of Condolence with members of the National Union of Journalists at City Hall this week,

Lyra McKee was shot last Thursday night in Derry during rioting that followed police raids on dissidents in the area.

She was killed while observing the rioting standing next to a police vehicle.

The dissident republican group the New IRA have admitted that it was one of their members who killed her.

The book of condolence will be open for people to sign at city hall until May 3.