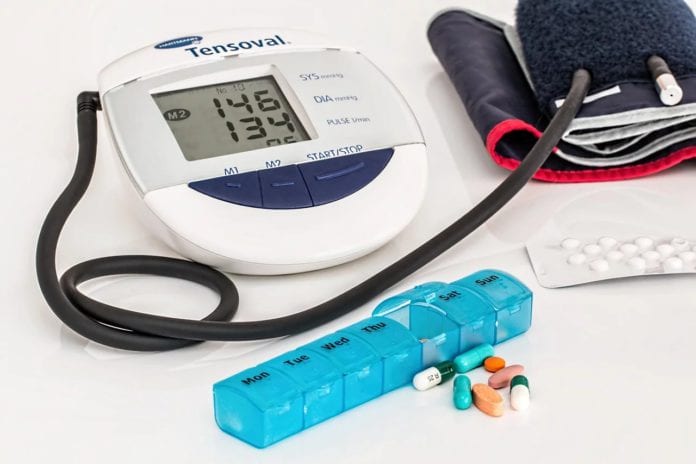 Up to 150,000 Irish patients who could be affected by new, lower thresholds for high blood pressure treatment might not need any increase in medication.

European and US guidelines for the treatment of high blood pressure, known as hypertension, were updated recently to lower the threshold for treatment from a reading of 140/90 to 130/80.

There are approximately 600,000 people in Ireland currently being treated for hypertension, and a quarter of those may now be eligible to have their treatment increased under the new guidelines.

But a joint study carried out by researchers in Galway and the United States said that many of these people might not derive any health benefits from this, and could end up over medicated.

This study found that as long as the top (systolic) figure is below 130, there is no increased health risk for adults who have a lower (diastolic) figure over 80.

The research was led by Professor Bill McEvoy of NUIG and has recently been published in the Journal of the American Medical Association (JAMA).

“Guidelines in both America and Europe advise that doctors treat blood pressure down to a level of 130/80 in the majority of patients,” Prof. McEvoy said.

While he stressed that getting the systolic figure below 130 is “beneficial and reduces heart disease and stroke”, treating patients to get the lower figure below 80 is a more controversial goal he suggested.

“Our results would suggest that the more traditional target for diastolic blood pressure of 90 is also safe as long as the top number is controlled below 130.”

“By focusing on good control of the top number and by relaxing drug treatment goals for adults with isolated increases in the bottom diastolic blood pressure number, we may be able to avoid potential overtreatment of a lot of people and instead focus on healthy diet and lifestyle.”