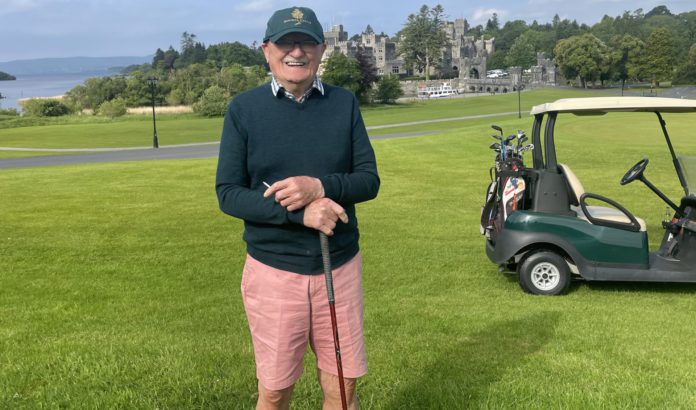 It was a bittersweet moment for 93-year-old Sean Murphy when he returned to Ashford Castle recently for the first time since 2020 after the passing of his late wife.

Sean was happy to be back on the 350-acre estate with his family, swinging back into action on the golf course following the pandemic.

Born on June 5, 1929 to parents Francis and Delia Murphy in Eyrecourt in East Galway, Sean was one of seven children, two of whom are still alive.

Rita, aged 97, lives in Birmingham and Bridget, aged 84, lives just five minutes away from the Castle.

Sean moved to Birmingham at the age of 16 and became a bus driver.

It was there that he met the love of his life, Pauline, when he stepped in to cover a friend’s bus route, and she hopped on the bus that he was driving.

During their marriage they visited Ireland and the castle on many occasions, as it held a special place in their hearts with many fond memories.

While living in Birmingham, Sean was conscripted to the British Army, spending two years in service and three in the reserves in which he was trained to transport centurion tanks in Trieste.