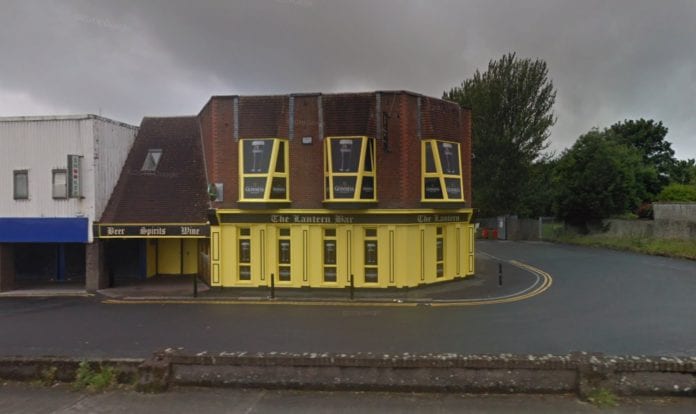 The Lantern Bar in Ballybane has had its drinks licence renewed after the owners and former operator of the pub made a successful appeal to the Circuit Court, to the dismay of local objectors.

Judge Mary Fahy had refused to renew the drinks licence for the pub at the District Court last November after objections from the Gardaí.

However this was overturned on appeal at the Circuit Court this after Judge James McCourt heard that the then licencee of the pub Danny Kenny has surrendered his lease, which was not due to expire, back to the owner Mary Lydon and effectively returned the licence.

A separate application to officially transfer the licence back to Mrs Lydon will now go back to the Galway District Court.

At the District Court hearing last November Gardaí presented evidence of multiple serious incidents last year including fighting in the car park outside, juveniles drinking in the pub, and one serious incident in May where a Christening party got completely out of control.

Giving evidence at the Circuit Court this week, Sergeant Brendan Moore, the licencing officer for Galway City, said that there were 31 incidents at the pub between New Year’s of 2019, and the time of its closing.

The Sgt added that five particularly serious incidents were listed in the objection in November to avoid having to bring 31 Gardaí in to give evidence.

Other than one time, which was connected to a planning issue and not a management one, the Sgt said that he cannot recall a single other time when gardaí objected to the renewal of a drinks licence in the city.

Sgt Moore remarked that “we seem to be impotent” when it comes to objecting to a premises, because there seems to be an “opt out clause” available that someone can simply transfer the licence of there is an objection.

He said that due to the frequency with which incidents cropped up at the Lantern Bar he would frequently go round at closing time to ensure it closed up in an orderly fashion.

He often required the backup of other officers to do so, sometimes bringing as many as 12 garda officers.

Judge James McCourt said that it seemed to be the case that the issue is that Mr Kenny was not a fit person to manage the pub.

The state argued that the decision on whether to renew the licence should be made solely on the objections raised by gardaí.

It was said that if a drinks licence is able to be renewed simply because the person who has been operating it has given up the lease, then no renewal could ever really be objected to by the gardaí.

Danny Kenny, the former lease holder of the Lantern Bar, said that while he held the licence on the pub from 2016 to early September last year, he left the day to day running to his manager.

Though he handed back the licence a few weeks after the gardaí served notice that they intended to object to the renewal of the licence, he said that he had been in discussions with the Lydons to terminate his lease from much earlier in the year.

This was due to the company, Kingu Kongu Ltd, has been liquidated due to the debt it was accumulating, and that by the time the pub stopped trading he was in arrears on the rent to the tune of roughly €8,000.

He claimed that he was unaware of the extent of the issues with the pub, only stopping in two or three times a week, when he would check the incident book with his manager.

He said that whenever gardaí requested cctv footage they complied, but that he was never personally approached about the extent of the issues at the pub by Gardaí.

The state asked Kenny if he didn’t think, after the amount of incidents which took place, that he should approach them himself.

He was also asked if he was aware of multiple incidents in May of last year when Gardaí found juveniles drinking in the pub, or about a major public order incident on May 7 where gardaí had to use pepper spray to make arrests.

“I was not there on the day in question,” Mr Kenny said of the first incident of underage drinking raised in court, “and I can’t imagine my manager letting a juvenile in unless he showed fake ID or was with his father.”

Terry Lydon, son of the owner Mary Lydon, is the person who manages the properties the she owns, collecting rent and so on.

He gave evidence in court that he had seen a video going around on WhatsApp in January 2019 which appeared to show a “ruckus” outside the Lantern Bar.

When he called Mr Kenny the next day, Kenny told him that the incident occurred in the car park outside the pub.

At that time they spoke about the possibility of Mr Kenny giving up the lease as business was apparently slow, but he said that he would try to keep it going to summer.

The spoke again in May, but Kenny told him then that he would try to keep it running to August.

Sometime in late August or early September Kenny finally surrendered the lease, and that was when Lydon first heard that he thought gardaí were going to object to the renewal of the licence the Circuit Court heard.

He only learned the extent of the Gardaí’s objections at the District Court hearing last November, he said.

Mrs Lydon’s barrister Paul Mr McGettigan said that an insinuation was being made that the drinks licence is being “laundered” in order to get around a garda objection, but that this was untrue.

He granted the motion to renew the drinks licence, noting that even if he refused to do so, Mrs Lydon would be entitled to an automatic revival of the licence.

After the hearing, one local resident said that while the judge followed the law in this case, no consideration was given to the impact this has had on the local population.