The Ballinasloe district is at its sixth count with returning councillors performing very well.

Two councillors have so far been elected in Ballinasloe. Independent Tim Broderick and Fianna Fáil’s Michael Connolly were both returned to their seats in the first count.

Broderick took 2,362 first preference votes, 468 more than the quota, while Connolly followed him with 2,168.

After another four counts and the elimination of the two lowest performing candidates, Harriet Bruce (Ind) and Kenneth O’Brien (FF), no-else has yet made the quota.

But the strongest performing are Peter Keaveney (FF), currently sitting in the Tuam area, who needs just 87 votes to secure a seat.

Slight behin him is Independent challenger Declan Geraghty at 1,741 votes, with Aisling Dolan (Ind) in the running for the final seat with 1,422 votes

There are six county council seats up for grabs in the Ballinasloe LEA, with a quota to be elected of 1,894 votes. 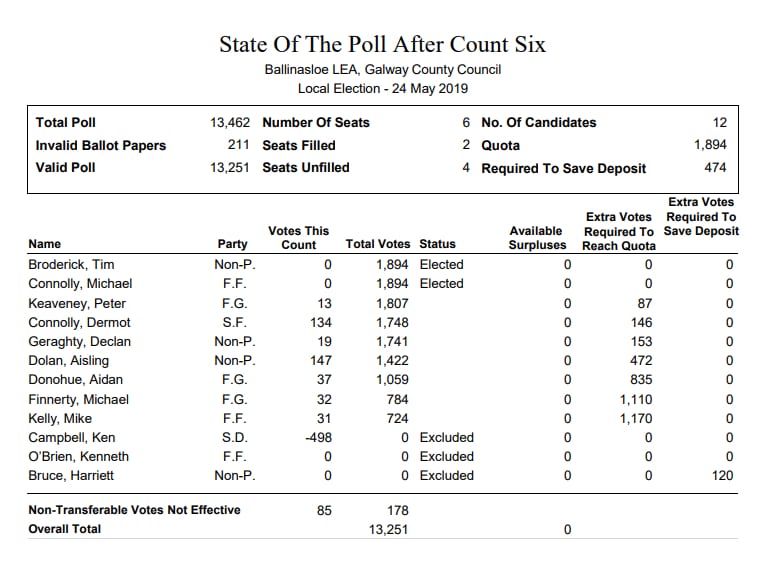