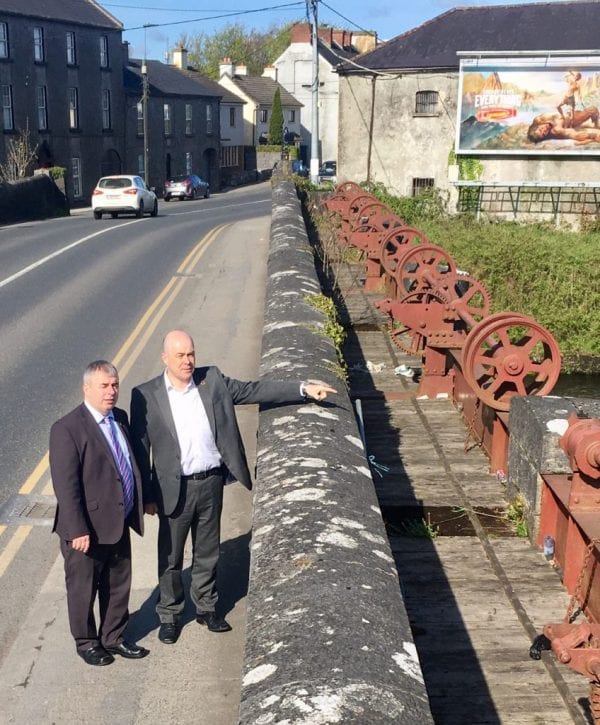 Flood Relief plans for Ballinasloe are progressing as consultant engineers are expected to be appointed for the project this week.

New flood defences under the relief scheme include 530m of walls and 5km of flood defence embankments, along with a demountable flood gate.

Two new flood alleviation arch culverts, each 6m wide, will also be installed at Ballinasloe East bridge, while landscaping works will be carried out

Other work included in the scheme are: two Lock Gates across the Canal and a sluice gate across the channel flowing into the marina from the canal, upgrade to the existing Kilclooney Road Bridge on the River Deerpark, along with work on the riverbed around the bridge and maintenance of the east and west channels to ensure their maximum efficiency in the event of a flood.

Galway TD Denis Naughten said that Minister for Public Works Kevin Boxer Moran is expected to make a formal announcement this week about the engineers’ appointment.

Their work will include “any environmental assessment, public consultation and to deliver the formal planning approval for the project,” said Denis Naughten.

Ballinalsoe will benefit from more than just works in the region of the town itself, as other flood relief works are taking place on the Shannon south of its juncture with the River Suck.

These relief works involve removing blockages in the river which “have a direct impact on flooding south of Ballinasloe,” Deputy Naughten said.