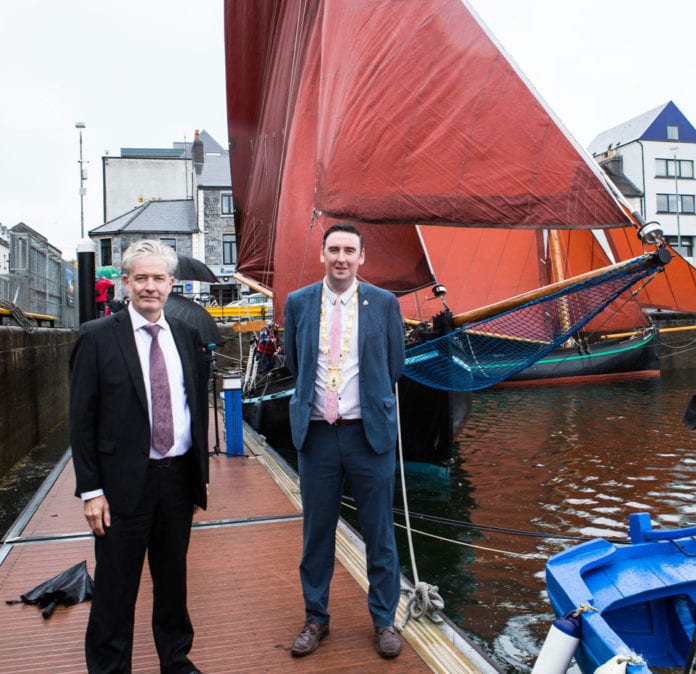 The Head of Mission for Australia praised Galway as a “lesson to the world” in balancing protecting and promoting the arts alongside encouraging business and investment during a recent visit.

Robert Owen-Jones, Australia’s Head of Mission and Charge d’Affaires to Ireland, visited Galway City this week as part of a regional engagement tour.

During his time in Galway city, Owen Jones highlighted long-standing connections between Ireland and Australia, such as such as explorer Robert O’Hara Burke from Craughwell who led the first expedition from Southern to Northern Australia back in 1860.

These “natural connections” and “shared culture” have been part of the reason why so many businesses from Australia choose Galway as their Irish base and EU base he added.

“Galway has shown ambition in becoming a global hub for Medtech, Pharmaceuticals and Fintech and businesses looking towards the European Union are increasingly looking towards Ireland and to Galway.”

This visit comes at a time when Australia and the European Union are in the process of examining potential grounds for a comprehensive trade deal.

“Already in the city we have major investment from Australia with EML Payments, Siteminder and Vale Research Life Sciences all contributing significantly to the regional economy and this is a trend that is likely to continue.”

However it was the cultural strengths of Galway that seemed to impress him the most, especially the work that went into acknowledging and protecting the role and influence of traditional music, dance and language have on present and future Irish culture as part of the preparation for Galway 2020.

The European Capital of Culture year was to have been one of if not the most ambitious cultural and artistic project in Galway’s history. But it unfortunately fell victim to the COVID-19 pandemic, and is in the process of reworking a significantly scaled down programme.

Nonetheless, Owen-Jones said “The longstanding commitment and determination to see the development of culture in this region has been truly remarkable.”

“Not only in the promotion of new and upcoming artists, but in the protection of rural and more traditional Irish culture in a way that respects their unique history while maintaining the development of a modern and outward-looking city.”