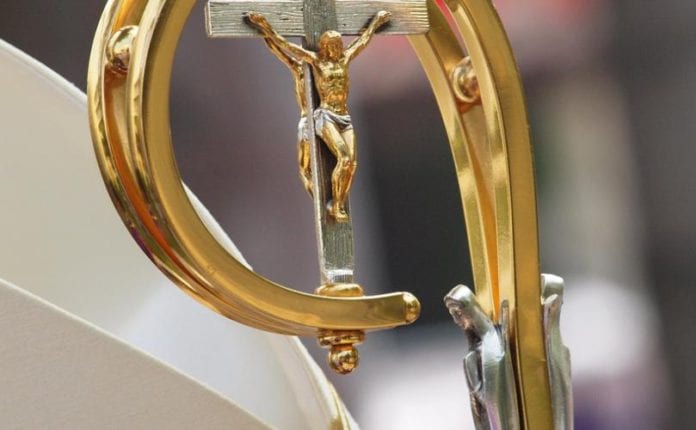 Archbishop of Tuam Michael Neary has said that it is important for plans to house refugees on Achill Island to be carried out with full public transparency, adding that welcoming less fortunate strangers is a Christian duty.

This week the Department of Justice has made public its plans to house 38 refugees at the Achill Head Hotel on Achill Island for a period of three months.

The refugees would consist of 13 single women, and 25 people from families due to arrive in the coming weeks.

There has been controversy lately with some local residents protesting outside the hotel over the lack of public consultation on these plans, though they have said they are not against refugees.

Archbishop of Tuam Michael Neary released a statement today saying that it’s known around Ireland and the world that: “Achill people are a welcoming people and, in the past, Achill has accepted people from communities from around the world.”

Archbishop Neary said that Christians have a moral obligation to welcome strangers, and that with Ireland moving from austerity to greater prosperity, to help the less fortunate as much as circumstances will allow.

“We should also be particularly alert to those who are experiencing serious upheaval and a crisis of hope in their lives.”

“Critically, we also have a moral obligation to serve the common good by preventing the exploitation of sensitive situations concerning vulnerable people by those who trade in hatred and fear.”

“Most Irish families know only too well that feeling of fear and trepidation that accompanies emigration. Let our faith, and our own lived-experience, be a model of generosity to others.”

The Archbishop added that it is important for any effective advance planning to house refugees on Achill Island to include full transparency and consultation with local people.

This, he said, should help allay people’s fears and correct misunderstandings while allowing this initiative to work sustainably for the community.