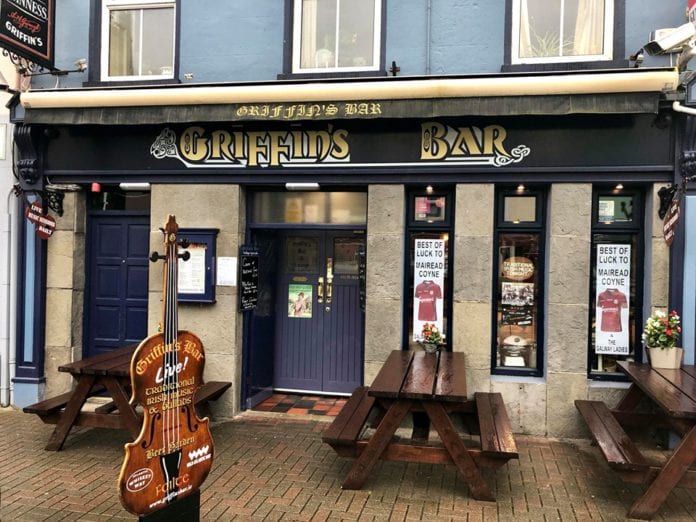 Griffin’s Bar in Clifden is the place to be if you’re looking for a hearty meal to go with your pint, as it has been named or having the best pub roast in all of Ireland.

Griffin’s was one of two winners announced in the Knorr Professional Ireland’s Great Roast Competition, taking home the Best Pub Roast Award while the Best Hotel Roast went to the Limerick Strand Hotel.

“It’s great to have our roast recognised, it just means a great deal to all of us here,” said Lisa Coohill, Bar Manager at Griffin’s Bar.

“We keep things simple and we use a lot of local produce, and we put a lot of effort into it. We have a big local trade that comes in to us and we try to make sure that everything is nice and fresh for them.”

Margaret McCann O’Malley, Chef at Griffin’s, added what she thinks makes a great pub meal, “I think value for money for one,” she said.

“It’s always a home cooked meal. We’re not one that has it running all day or all morning, we do a certain length of time.”

“And when we serve it we try to serve it to the best of my ability anyhow. So that it is nice and hot and there’s plenty of it.”

Lisa Coohill added that everyone at Griffin’s is “absolutely delighted” to receive this award, saying that it is a great honour.

Griffin’s Bar is the oldest continuously owned family pub in Clifden, with a reputation for a warm and inviting atmosphere, great homemade food, and incredible live music featuring everything from traditional Irish to Country to straight-ahead Rock.

Griffin’s was one of nine pubs shortlisted for the Best Pub Roast Award, and also nominated in Connacht was the Galleon in Salthill.