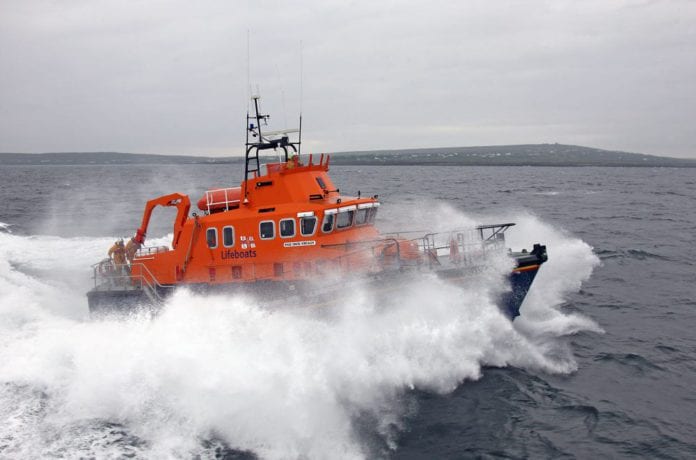 The Aran Islands RNLI lifeboat came to the rescue of a fishing boat that was drifting towards the rocks after losing engine power last week.

Last Thursday the Aran Islands lifeboat station launched at roughly 4:45pm in response to a call out from the Coast Guard.

A 38ft fishing boat had lost the use of its engines and was drifting towards Eagle Rock just off Golam Head.

Weather conditions at the time of launching were moderate, with a West North West wind blowing 18 knots and a two metre sea well.

Once on scene, the volunteer crew members established that both people aboard the boat were in good health, while observing all COVID-19 safety guidelines.

A tow line was established between the lifeboat and the fishing vessel and the lifeboat then proceeded towards Ros a Mhíl Harbour.

Speaking after the call out, Aran Islands RNLI Coxswain John O’Donnell said: “This was a good outcome as the vessel was drifting dangerously close to Eagle Rock after losing the use of their engines.

“Our volunteer crew members never hesitate to get to the call as quickly as possible. If you see someone in trouble, call 999 or 112 and ask for the Coast Guard.”