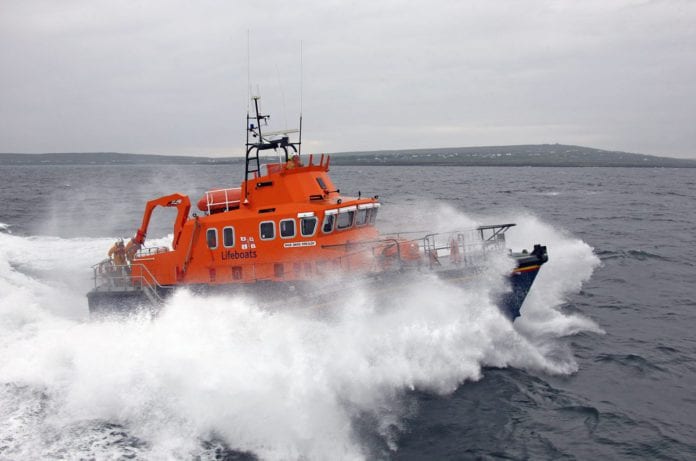 Though current circumstances mean there are far fewer people on the water than in a regular sunny April, that doesn’t mean the Aran Islands RNLI crew have been sitting on their hands.

On Tuesday April 14, an elderly man on Inis Mór, where the Aran Islands station is located, was in need of medical attention, and transport to get to it.

He was taken aboard, and under the supervision of the volunteer crew members, was transferred to Rossaveal and on to the waiting Ambulance.

The following day the a young child on the neighbouring island of Inis Oirr also required further medical attention and transport to care.

Unlike many times when the Aran Islands lifeboat has been called out, on this occasion the crew benefited from good weather we’ve been enjoying lately.

Weather conditions at the time of launching were good, with calm seas and a light wind.

Speaking after the call out John O’Donnell said “In these uncertain times we find ourselves in, our volunteer crew members are on call 24/7 , ready and willing to answer any call out.

He added that, “Ensuring the crews safety and the patients taken aboard is our number one priority,” and wished both patients a speedy recovery.

The RNLI and Irish Coast Guard have both asked people not to take part in water based activities when exercising for the duration of the Covid-19 crisis.

They emphasised that while rescue services, whether by helicopter or lifeboat, are still operating, any callout has the potential expose rescue workers to the coronavirus, further stretching those services.

Exercise is one of the few reasons why people should leave their home during the nationwide lockdown to combat the spread of the coronavirus, but people are only supposed to do so within two kilometres of their home.