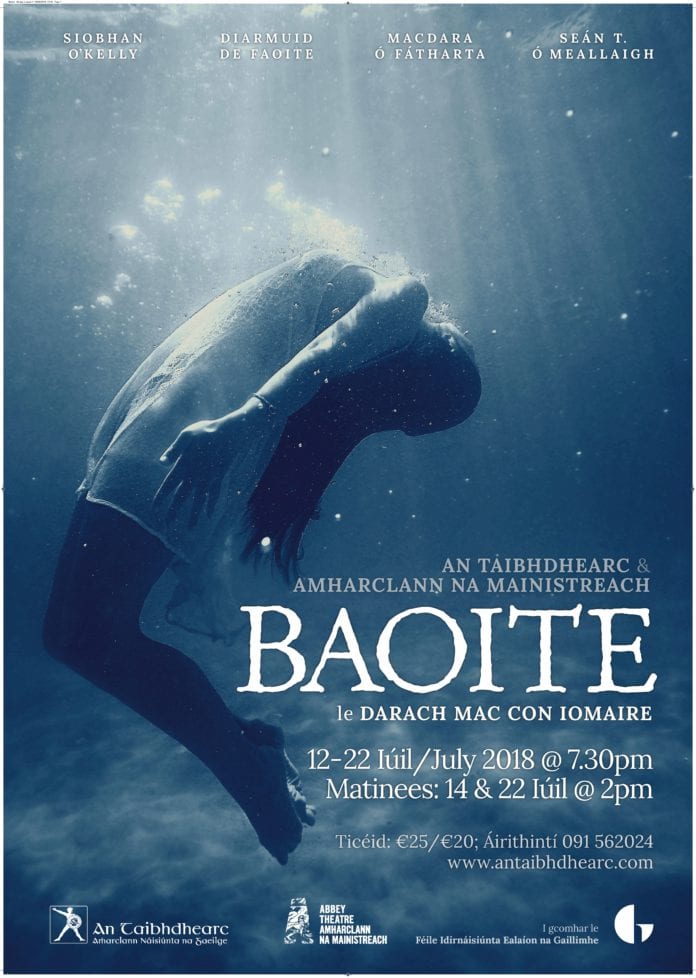 At an event which took place at 6pm in the Meyrick Hotel, Galway City on Thursday evening, BAOITE was launched as part of this year’s Galway International Arts Festival, and will be produced by An Taibhdhearc.

BAOITE is a thriller about a fishing family who lead a desperate fight to defend their coastal community form the imminent threat of offshore fracking – but as the constant pressure of campaigning mounts, hidden fractures appear in the once – solid clan, as lies, legacies, deceit and ultimate betrayal undermine the family and destroy the community.

Chairperson of the Board of An Taibhdhearc, Aodh Ó Coileáin, said:

“This partnership provides new opportunities for theatre in Irish. The production of Irish language drama to a high standard can often fall into a vicious circle.

“Arguments are advanced as to the extent of the available audience. This in turn raises doubt as to the wisdom of spending large amounts of money on such productions.

“On the other hand, there isn’t a chance of enticing a large audience into the theatre if the show doesn’t reach the highest possible production standards.

“This of course costs money, An Taibhdhearc is allocating a substantial budget to the staging of BAOITE this summer.”

An Taibhdhearc recognises the need for partnerships in order to achieve the highest standards of production. ‘The Abbey Theatre commissioned BAOITE from Darach Mac Con Iomaire’ said Ó Coileáin, ‘ and the Abbey is also investing some money in the production.

“Co-productions of this type are very important for An Taibhdhearc. The National Irish Language Theatre is depending on an an annual grant of €320,000 from the Department of Culture, Heritage and the Gaeltacht.

“This sum is used to produce theatre, run and maintain the building and employ staff. More plays need to be co-produced, it makes good artistic and economic sense.”

Further information can be got through contacting Emer O’ Flaherty, Manager, An Taibhdhearc, 091 562024 or send an email to emer@antaibhdhearc.com