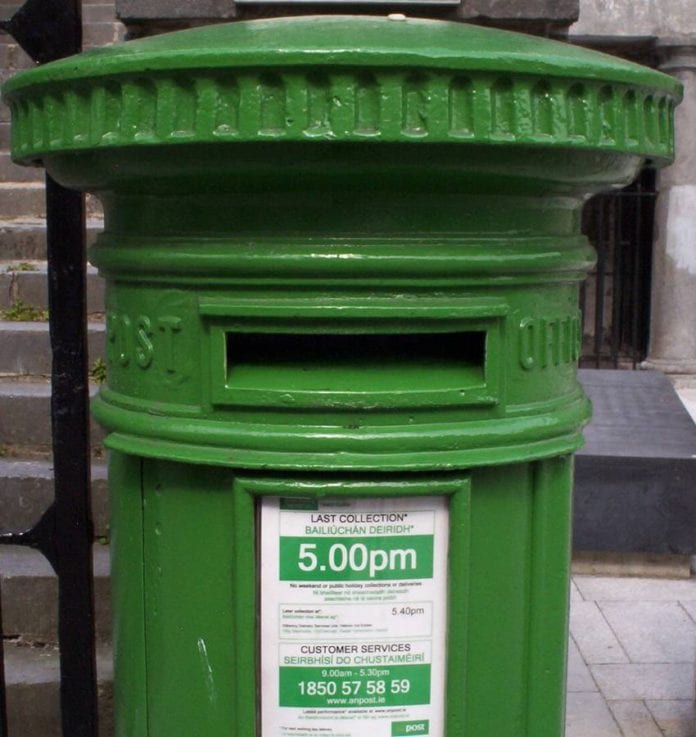 18 Post Offices in Galway are set to close under new consolidation plans negotiated by An Post and the Irish Postmasters’ Union.

One requirement for a Post Office to be allowed to closed was that there be at least one other office within 15km.

In Galway the distance that people will have to travel to reach another Post Office after these closures will range from 3.9km for people in Inverin, now going to Spiddal, up to 10.9km for Eyrecourt, with the next nearest office being in Banagher.

Debbie Byrne, Managing Director of An Post, thanked the retiring postmasters for the work they’ve done in their communities.

“An Post is very grateful for the contribution of the Postmasters over so many years. We will work with the communities that they have served to ensure that their needs continue to be met by An Post for the future.”

Nationally 159 Post Offices in rural areas are closing down with their business being transferred to neighbouring offices as postmasters retire.

This agreement was reached between An Post and the IPU in ‘A New Vision for the Future of the Post Office Services in Ireland’, which the IPU accepted by a 5 to 1 majority in a ballot earlier this year.

According to An Post, 100 of the Post Offices to be closed are in highly remote areas that the 2016 Census defines as having ‘no settlement’.

By the census standards, ‘no settlement’ means there are less than 50 occupied buildings within the area.

However the decision to close these rural Post Offices is likely to harm older residents of rural areas.

They are the people who are most likely to make use of the Post Office on a regular basis, and have the greatest difficulty in travelling to the next town over.

“We fully acknowledge that this process will be difficult for some customers and communities but the end result will be a strengthened, viable post office network serving the needs of our country for the future,” Director Ryan added.

Under the new plan, Post Offices will offer an increased range of services in e-commerce, with a larger range of parcel delivery and collection services.

And the option of using the Post Office as a one-stop-shop for a wide range of government services including licensing; payments for local authorities, fines and planning applications; digital ID and authorisations.

“We are committed to ensuring a vibrant network for all our customers through investment and the expansion of e-commerce, financial and government services to drive usage and relevancy of the post office in today’s changing environment,” Director Ryan said.

Details of the future of certain local post office services such as Social Welfare Payments will be posted in each of the local offices within two weeks.

An Post have said that where local offices are closing, they will try and ensure that PostPoint services like stamp sales, Bill Payment and Mobile Top-Up are available at local retailers.