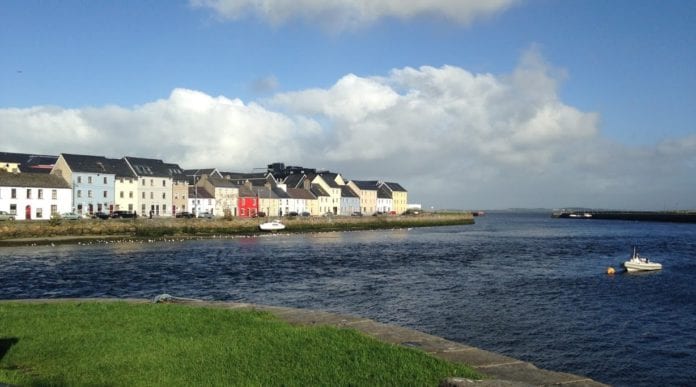 The Irish tech boom is well underway, and Galway has emerged as a contender for Dublin’s top spot as one of Europe’s best destinations for tech companies. Aside from being the cultural capital of the country, Galway also offers an excellent place for startups and has begun to attract the brightest minds from all over the world.

Compared to Dublin, Galway offers much cheaper rent and a lower cost of living, leading to more affordable costs for businesses. However, the overall tech and business market throughout Ireland is booming. The country is currently second in the GDP per capita rankings, only behind Luxembourg. The last few years have seen a steady increase in the number of businesses relocating to Ireland, and this trend looks set to continue. Emerging tech companies looking to grow see Ireland and Galway as an excellent opportunity to find the best talent and develop new partnerships.

Tech companies looking to generate new leads online often make use of digital marketing agencies. Many Irish tech organizations use the services of a link building agency such as AWISEE, a European-based company with a lot of experience in dealing with international clients. An effective digital marketing strategy can make a big difference to emerging tech companies, providing better ROI compared to many traditional forms of marketing.

Why Ireland Is So Attractive for Technology Businesses

Some of the world’s biggest tech companies, such as Amazon, Google, Facebook, and Apple, have all set up their European headquarters in Ireland. Despite being a small island nation, the country is now punching above its weight and has a booming tech economy. But what is it that attracts these big technology companies to Ireland?

Originally, companies such as Facebook and Amazon were drawn in by lower corporate tax rates. A flat rate of 12.5% was applied to all businesses operating within the country, making it a haven for big corporations looking to do business within the EU. However, as more international tech companies set up offices in Dublin, it became increasingly attractive for other businesses too.

The fact that Ireland has a young, English-speaking population and has a strong economy and reliable infrastructure made it ideal for new and growing businesses. As the number of young and talented individuals living in Dublin and Ireland has grown, it’s continued to attract new technology businesses.

However, the rising costs of Dublin, coupled with the fact that corporate tax rates for businesses with a turnover of more than €750 million will increase to 15%, could cause businesses to think twice. Luckily, Galway presents a less costly alternative, allowing tech firms to still establish themselves in Ireland and grow without having to worry about high costs.

A Comparison with the UK

Compared to the UK, Ireland is still setting the pace in terms of economic growth and startups. While the UK does have a larger economy, it also has a population that’s nearly fourteen times as large. Ireland has currently forecast economic growth of 14.6% for 2021, while the UK was forecast for 4%.

It’s clear that Ireland presents a much better opportunity for tech companies due to lower corporate tax rates, but it’s also better for emerging businesses too. Although the tax rate is increasing for businesses in Ireland, only those with large turnovers are affected, meaning most startups and growing organizations will still be able to thrive.

For professionals working in the technology sector, Ireland represents an excellent opportunity for jobs. However, the overall rate of unemployment for Ireland is slightly higher than that of the UK. Rising inflation is also expected to affect both countries, and the effects of the pandemic are still being felt. It’s unclear what this means for the future, but Ireland and Galway remain attractive locations for businesses looking to enter the European market.