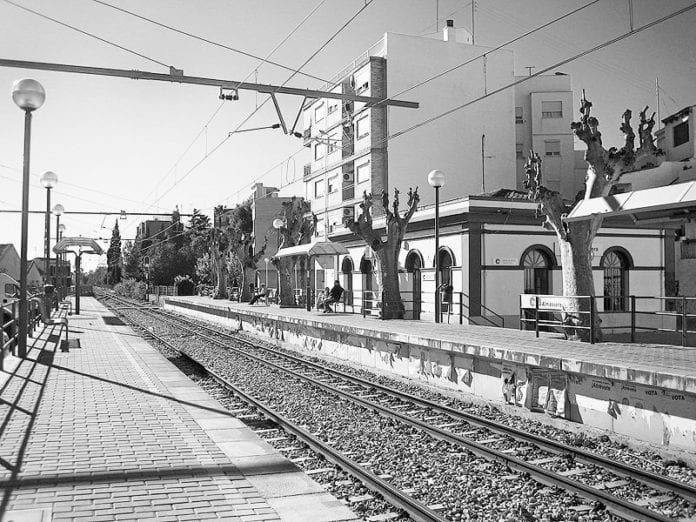 It was early on a Tuesday morning when he arrived at Madrid Atocha after a long journey on a bus. The train station was crowded when young Conneely shuffled through and there was a smell of food in the air. He was hungry. It wasn’t at all unusual for him to skip breakfast; he didn’t consider himself a food lover. At least he didn’t think he was. After all, what was there in Oughterard except porridge and meat and the odd bit of fruit? The smell was probably a pastry of some kind, he concluded, like the ones he tasted in Dublin when he traveled to the capital to collect his passport. He wondered if he could find them somewhere in Galway. But that didn’t matter now, as he found himself walking towards the station’s bakery.

Conneely was unsure about the names of the various pastries behind the long glass window and he was terrified of embarrassing himself in front of the long queue of Spaniards. Though he believed himself to be more intelligent than most people back home, he remained shy and well-mannered as he stumbled onward towards his twenty-seventh birthday. He pointed to a random pastry, said ‘uno’, handed the peseta over and devoured what turned out to be a soft croissant like a hungry dog before returning to the crowds and the chaos.

Back in the station, he began to feel uneasy about the way the people around him were dressed. The fashion was very different from the simple styles which were worn in Oughterard by the men and women at the dances on a Saturday evening or at mass on a Sunday morning. But that was the old country. ‘Spain is different,’ he thought. ‘Tis cultured and warm and colourful, unlike the green and grey back home.’

The Spanish walked purposefully, certain of their platform and determined to arrive there on time. Young Conneely moved through the people slowly, wondering where they were all rushing to and questioned whether it was necessary to walk so quickly. A man dressed in a blue pin-striped suit with a black case of some sort brushed into him as he walked past him at speed. Without hesitation, Conneely apologised. “Excuse me, sir,” he said. The Spaniard neither returned nor acknowledged his apology.

After some searching, he found his platform with less than a minute to spare and he boarded the train which was bound for Valencia. Once there, he would then find the room that his brother Paddy had set up for him. Paddy was a man of the world and could speak Spanish, or at least enough to pass himself. He had no difficulty finding a room for his younger brother to move into and encouraged him to leave the village and the farm and rain behind. “There’s more to life than the rain and the drink,” he said in a letter sent from London, just before young Conneely left Oughterard.

On the train there was an empty seat beside a Spanish-looking woman dressed in a red dress and red lipstick, smoking a long cigarette and reading a book. Conneely sat down at the edge of the seat, careful not to sit too close to the lady.

She looked at him through her sunglasses and closed her book.

“Where do you come from?” she asked, with a strong Spanish accent.

“I’m from just up the road from Oughterard in County Galway” Conneely said.

“And what country is that?” she asked, tilting her head to one side.

“Ireland. Excuse me. The Irish Free State,” he answered after a badly disguised gulp.

The lady raised her eyebrows and lit another cigarette with the one she was already smoking and asked Conneely if he’d like one. He refused. He smoked very little. Just the one cigar with a touch of poitín on Christmas night, usually.

“And why did you come this country? For the weather? The fiestas?”

“Ah, no, none of those things. Tis just that I felt that I needed to escape the place for a bit, you know?” Conneely replied.

“Of course.” The woman smiled through the smoke. “We all want to escape.”

Conneely was suddenly overcome with a sense of anger. “Why would anyone want to leave Spain? I’ve only heard good things from my brother. He loves this country.”

“Some want to leave, some do not,” she said. “You do not choose where you are born or where your home is. Sometimes they are the same place. Sometimes different places.”

The train arrived in Valencia and he stepped off into the sunshine after wishing the Spanish woman good luck.

She smiled at him but didn’t say anything back to him which he thought was strange, but maybe that was the way of the Spanish. The city was still and warm in the mid-afternoon. It was everything he was expecting from listening to the many tales his brother told him about other Spanish cities.

He wandered along the cobbled streets, past old buildings and yellow and red flags hanging from cafes, with a bag full of things he no longer needed.

There was a stillness in the air and a couple were talking or arguing in a room somewhere above his head.

“Maybe she’s right,” Conneely smiled to himself, as he began humming a song about missing the old country, and with the sun in his eyes, he couldn’t remember any of the words.

5 Financial Resolutions You Can Achieve in 2023