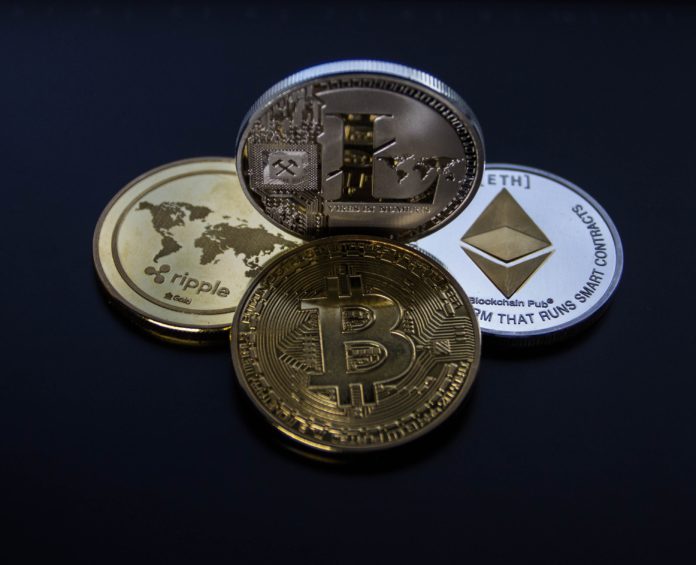 In the world of cryptocurrency, there are several newly-discovered terms and languages that are important to learn, especially when you are a beginner.

Familiarising yourself with terms, acronyms, and all the basics of this digital currency may take time, even for investors who have been in the business for a long period of time.

As an investor or a trader, it is important to have basic knowledge and understanding before you get involved in the crypto business that is constantly evolving. A lot of crypto trading platforms offer 24/7 support from experts and are beginner-friendly such as BITCOIN LOOPHOLE.

This article will discuss the terms that enable a beginner to fully understand what cryptocurrency is and how it works.

Altcoin. Also known as an alternative coin – it refers to a type of coin that is not Bitcoin. It is considered to be the alternative to the original cryptocurrency. As of today, there are over 10,000 altcoins that exist in the market worldwide.

Most of them are based on Bitcoin. Their functions may be the same, and others have additional features that Bitcoin does not have. Some of the most popular altcoins are Ethereum, Cardano, Tether, Litecoin, Ripple, Bitcoin Cash, and etc.

These altcoins can be classified based on their purpose. They serve not only as a medium of exchange. They can be categorised as utility tokens or security tokens.

Some altcoins have different ways of validating transactions, featuring different capabilities such as smart contracts, which makes financial transactions faster without intermediaries. Others may have lower price volatility.

Bitcoin. Created in 2008 and introduced in the market in 2009, Bitcoin is considered the first-ever cryptocurrency. A person or group of people invented it under the pseudonym Satoshi Nakamoto.

This decentralised digital currency operates without the control of the government or any intermediaries. Bitcoin can be used as payment for purchases as well as can be exchanged into different currencies in the world.

Block. To understand block better, see the definition of blockchain below. In every blockchain, there are groups of data, and every data is called a block. It comprises transaction records, like purchases. When a trader buys and sells coins, this transaction is recorded and compiled into a block. A number of information can be stored in a single block. It has limitations, and when reached, another block is formed.

Blockchain. A technology that resides in every cryptocurrency. This allows the recording of data, information and transactions. Blockchain technology is unique and has tight security features that make it impossible to penetrate by online hackers because the technology itself does not have a central server. A peer-to-peer network is utilised, allowing every data to be stored from one computer to another, creating a chain.

Digital Wallet. Digital wallets can be categorised into two – cold wallet and hot wallet. A hot wallet is also known as an online wallet. It can be accessed via the internet.

On the other hand, a cold wallet is a form of offline wallet that can be accessed even without internet connectivity. A cold digital wallet is considered to be more safe and secure compared to a hot wallet. You can print out the security key on paper and keep it in a safe place like a vault in a bank. This wallet also prevents you from risks like theft and hacking. The security key can also be stored on a USB drive.

Decentralised. A term often used in cryptocurrency as one of its features. Decentralisation enables financial transactions using your bitcoin without the control of any institution, government or intermediaries.

Digital gold. This is how some users compare Bitcoin or specific cryptocurrencies. Experts say that the store of value can be compared to real gold. Bitcoin specifically is often referred to as digital gold by many.

Exchange. A digital marketplace where cryptocurrency is being traded, sold or bought.

Fiat money. Refers to the money that you have in your pocket or your wallet. It could be in the form of dollars, euro etc. This type of money is usually backed and regulated by the government. If the economy experiences inflation or the country itself crumbles, fiat money is also affected.

Genesis block. The very first block of cryptocurrency mined by the creator himself or themselves, Satoshi Nakamoto.

Hash. A common term often used in mining. It is given that in bitcoin mining, users utilise a computer or device that has computing power in order to render tokens in return. This mathematical function works by accumulating the computing and process power contributed to every network. And every computed data is called a hash.

Market Capitalisation. This refers to the total number of cryptocurrency that has been mined and currently in circulation. For instance, the market cap of Bitcoin is equivalent to $1.08 trillion.

Mining. The process of acquiring cryptocurrency using either the central processing unit of a computer or a device called ASIC, also known as an application-specific integrated circuit. This process creates a new block and records the information into a public ledger called the blockchain.

Bitcoin miners have interconnected networks that allow the storage of data to every user worldwide. The process of mining has to do with the device that solves complicated mathematical problems or algorithms in exchange for bitcoins or tokens.

Peer-to-peer. Two or more users are connecting, interacting and sharing data without any third party, server or intermediary.

Proof-of-Work. A way of awarding the miners for their work or mining effort. When the work is completed, a hash block proves that it is done, then, later on, renders an award for the accomplished work.

Satoshi Nakamoto. A name you might always encounter that is always connected with Bitcoin. Satoshi Nakamoto is a pseudonym for an individual or a group of people (no one knows) who created the first cryptocurrency, the Bitcoin. He/They remain anonymous up to this day.

Volatile. Often referred to as instability or price fluctuation. Bitcoin and other cryptocurrencies are known to be volatile due to the unpredictability of prices in the market.

These terminologies and phrases may look and sound intimidating, but as you familiarise yourself with them, you will be able to fully understand their meaning, especially when these words are often used.

Risk Note: This specific article is intended to orient a cryptocurrency beginner about some words and phrases that are commonly used in the cryptocurrency world.

Before you consider involving yourself in this business, you must know that cryptocurrency is a risky investment due to its high volatility. It is important to be able to familiarise yourself first with how cryptocurrency works.