PGA Tour Events In Ireland in 2021

The PGA Professional Championship is one of the top competitions that has always been graced by incredible names including some of the past PGA tour winners. Ireland has been synonymous with some of the finest of the PGA events, including the Irish PGA Professional Championship. It is a popular event that has been around for over a century. Well, let us take a sneak peek at some of the PGA Tour Events in Ireland to look forward to.

This list has got to start with the Irish PGA championship which is one of the best golf tournaments dating back to 1907. This year’s championship will be the 111th edition. It will be held at the Carne Golf Links which also happens to be one of the most iconic and beautiful courses in the world! 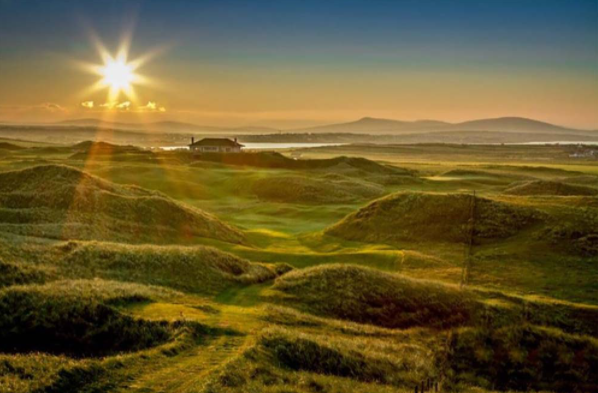 Located at the West Coast of Ireland the golfers will also get a chance to experience the magnificent sand dunes overlooking Blacksod Bay and the wild Atlantic Ocean just next to Belmullet. It was designed by the late Eddie Hackett, one of Europe’s renowned golf architects.

Now, it is a 54-hole stroke-play championship with 18 holes every day. This year, the field of 102 players will be slashed to 50. Some of the past names to win this championship include the likes of Padraig Harrington and Darren Clarke, Christy O’Connor Snr, Paul McGinley, just to name but a few.

This is an 18-hole golf tournament that will be held at the 4 Star Nuremore Hotel & Country Golf Club. It is another tournament that delivers more than just the gaming experience.

It is a picturesque course that is set up next to a lake with a terrain perfect for beginners and pros alike. The pro-am tournament will be held on Monday August 16th. The championship rounds will take place on August 17 to 18.

This is another 18-hole tournament that will be held at the St. Margaret’s Golf and Country Club. It is a golfing destination ranked among the best courses in Ireland. No wonder it has also been home to tournaments like the Irish PGA Championship, Seniors Irish Open and the Ladies Irish Open. It is scheduled for September with  €10,000 up for grabs.

This Pro-Am event will be held at yet another iconic golf course designed by Eddie Hackett. Just like the Carne Golf links, this one is a work of art, arguably the best in Galway. It is sandwiched between the 12 Bens mountain range and the sumptuous Atlantic Ocean.

Every hole seems to be a scenic spot on this course. From the Slyne Head Lighthouse, the 12 Bens Mountains, the Atlantic Ocean or Grainne O’Malley’s Castle and more! The event is scheduled for September 18 to 19.

The events are just a snapshot of the upcoming PGA events in Ireland. Here is a full list of the events to look forward to in the second half of 2021:

We have hopefully given you a glimpse of some of the mouthwatering PGA golf events in Ireland 2021. There is certainly a lot to look forward to as some of the world’s best golfers take center stage in top golfing destinations around the country. We can agree that whether you are a beginner or a pro golfer, there is a lot on the menu if things go as planned!

Want to Learn How Beneficial Finding a Payment Provider Can Be? Here’s an Easy Guide

Cyber Security is More Essential Than Ever