There won’t be any ghoulish delight when the supercar extravaganza Cannonball arrives in Salthill this month, not with the Ghistbusters in town.

Cannonball, the action packed supercar spectacle, will roll into Galway City on September 10 as it makes its way around Ireland.

This year the event will feature the first ever Ecto-1 Ghostbusters Car built in Ireland proudly presented by Galway Bay Brewery.

The build commenced with a 1960 Cadillac and took 5 years to transform into Ecto-1 including the iconic roof rack, Proton Packs for all of the crew, Ecto Goggles, P.K.E. Meters, and a slew of Ghost Traps.

The car is 23 ft long with a straight piped short blockV8 motor. For Cannonball it is fitted with a jaw dropping laser light show, smoke machines and one thing is for certain … I ‘aint afraid of no Ghosts!’

Cannonball, fuelled by milesPLUS from Circle K, is the largest organised road trip in Europe and this year the event will have the highest ever number of car entries including Lamborghini, Ferrari, McLaren , Aston Martin Porsche, Rolls Royce Bentley and Maserati.

The event has already raised €1,298,779 for Irish charities over the years to date, and this year’s target is to raise €250,000 for The HOPE Foundation by the end of September.

This Irish Charity is doing incredible work with the street children of Kolkata (formerly Calcutta) in India.

Cannonball 2022 will blaze a trail from Malahide to Kinsale over the course of September 9-11, with over 200 supercars for audiences to ogle.

In Galway, the parade of automotive excellence will make its way to Salthill for a lunch event at the Oslo Bar at 1:30pm.

Spectators will be able to get up close and personal with some of the most stunning cars on the planet at St Enda’s School Car Park, with entries from Lamborghini, Ferrari, McLaren, Aston Martin Porsche, Rolls Royce Bentley and Maserati. 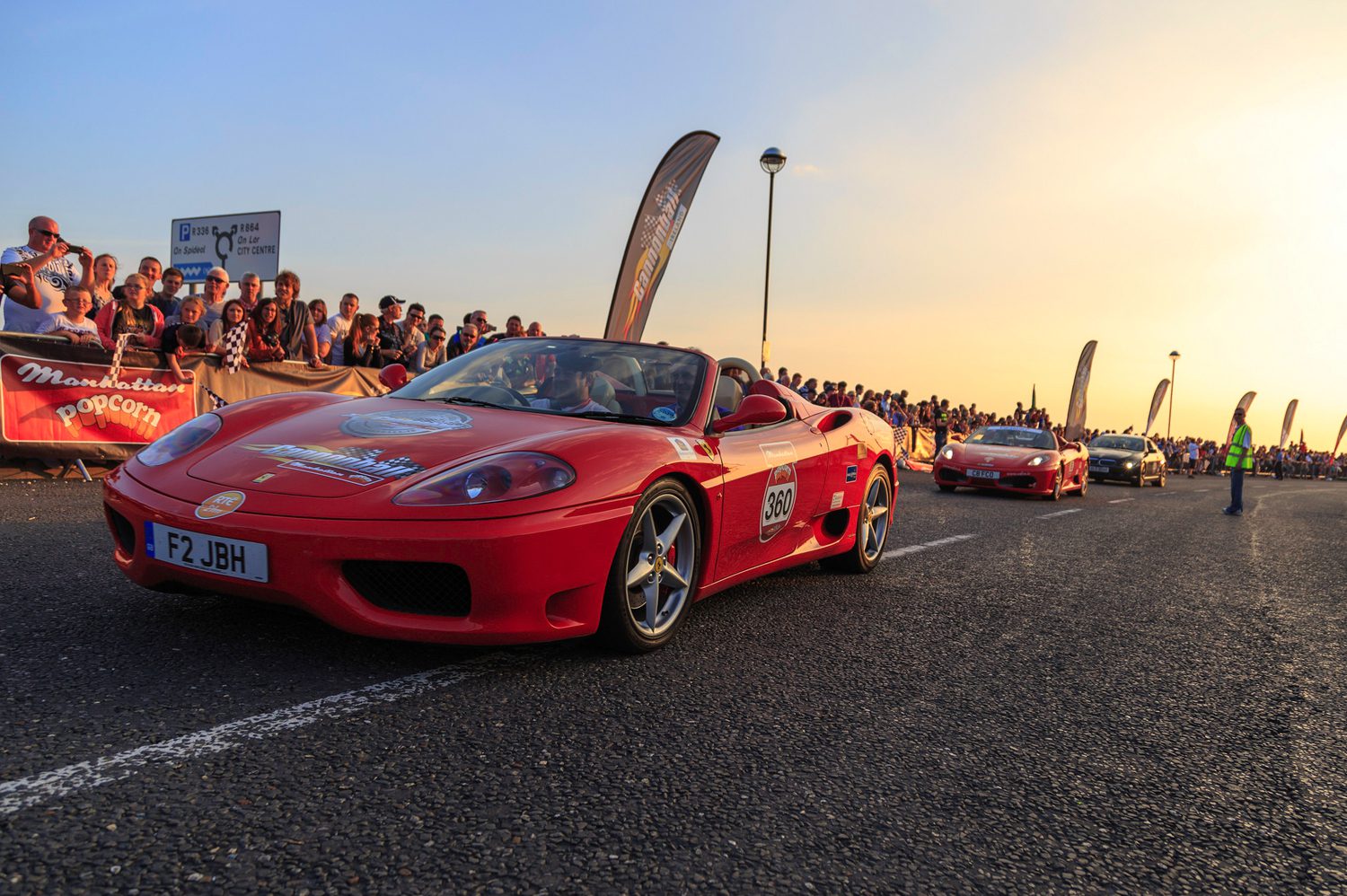 HOPE funds and operates over 60 projects including 11 child protection homes, a hospital, an ambulance, counselling, food and nutrition, education, healthcare and the restoration of childhoods to children.

Along with supercars, Brazilian Dancers will bring all the glamour of carnival and live DJs, bands and festivals in host towns get the party started.

This year, organisers are also calling on spectators to dress up in fancy dress with prizes for best dressed.