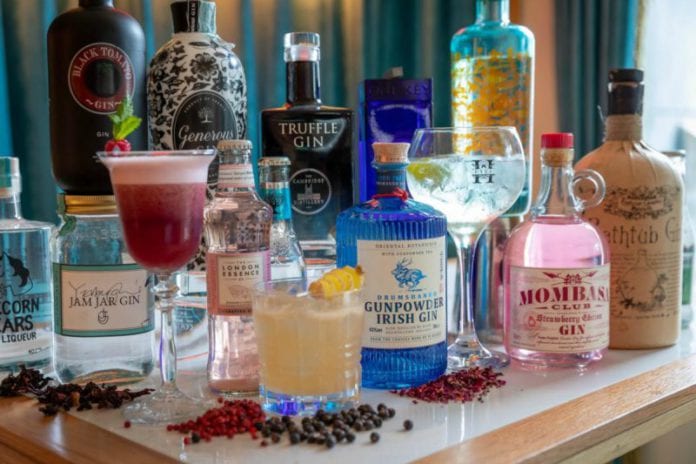 Gin Bars have become a huge thing in Galway lately, and one great addition to the scene is the Hyde Bar, with a collection of gins that’s unmatched anywhere in Ireland and a cocktail menu that breaks from the formula.

The Hyde Bar has garnered a lot of attention for its definitive Gin Bible, a collection of over 500 gins from Ireland and every other corner of the world that took more than a year to gather, and a wide range of cocktails from the familiar to the utterly unique.

The Gin Bible already has a wider selection than any other bar in Ireland, and by the time its complete its hoped that’ll be true of other spirits as well

A stylish spot at the Forster Court Hotel on right off Eyre square, the first thing about the Hyde Bar you notice going in the doors is just how much it differs from the usual decor of gin and cocktail bars.

There’s no dim, neon lighting or the typical sage green/burgundy red leather couches. Instead a brightly lit room is filled with a thousand different things to catch the eye everywhere you turn your head.

Whether its the bright murals covering the walls, the ceilings draped with flowers, or the light fixtures made out of arrays of gins bottles and brass pipes.

Rest your eye on any spot in the bar and the everything will have changed from just a few feet away, giving the impression you’ve wandered into an Alchemist’s lab.

I met with Jamie Heighton, the youngest of three mixologists who created the cocktails served at the Hyde Bar, and he tells me that with the theme of the bar being Jekyll and Hyde, that sense of the unexpected is exactly what they’re going for.

“During the week you’re Dr. Jeckyll, you’re a bit more easygoing, relaxed. Then at the weekend, you’re Mr. Hyde, you go crazy, you can have whatever you want.”

“And that’s the best thing about it. You can come in here and be a totally different person just for that one night.” Jamie finishes.

While they’re happy to make any drink you can think of to order, for the cocktail menu on offer features a lot of familiar drinks for people more comfortable with the known.

But with every drink comes a twist unique to here, to make sure they stand out in the memory and on the taste buds.

With that in mind, here’s five great cocktails to try at the Hyde Bar. 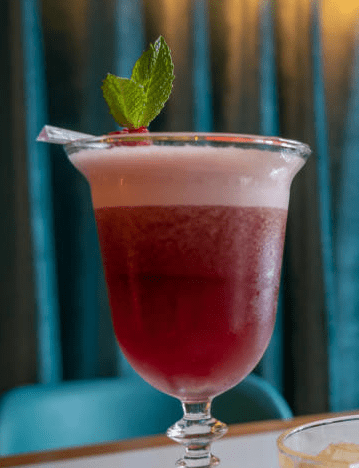 One of the Hyde’s best selling drinks, and Jamie’s personal creation, the Red Earl is the drink the strawberry daquiri only dreams it could be.

Made with a base of Bombay Sapphire gin, with added Limoncello lemon liquer, raspberry puree, lemon juice, and garnished with mint and raspberry.

Based on the classic vesper martini, the Red Earl ditches the usual formula for something sweet and fruity, with just a hint of a bite from the lemon,

And unlike a lot of other fruity drinks it doesn’t just overpower you with sugar.

An added bit of egg white to the mix gives the Red Earl a nice froth on top and smooths it out.

When you bring the glass to your mouth there’s a wonderful aroma of mint and raspberry you just want to savour.

Served in a handsome glass goblet, Jamie rubs a spring along the stem so, “You could to a different bar later on, but you’ll still smell the mint on your fingers, and that’s your calling card back to this bar.” 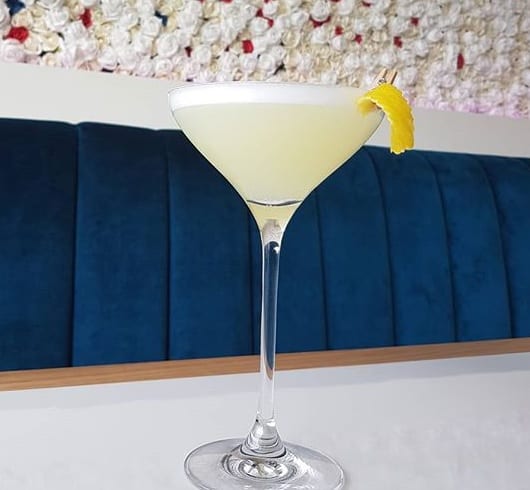 A sour is a drink made with a base spirit, lemon or lime juice, sugar syrup, and egg whites to give it a good frothy top.

The Hyde’s Rhubarb and Spiced Apple Sour goes a couple of steps further for a wonderful concoction that just begs to be enjoyed out in the sun.

Whitney Neill Rhubarb Vodka is mixed with homemade Apple and Cinnamon syrup, made from apple juice and cinnamon sticks rendered down to a fine syrup, and equal parts fresh lemon and lime juice.

A nice balance of sweet and sour notes with a bit of a spice kick. The rhubarb and apple takes the edge of the citrus without affecting any of the flavour.

If you don’t already have a back garden or a vegetable patch you’ll need to get one so you can have something to sit next to when drinking this.

The creation of one the Hyde’s other mixologists Pa Burke, there’s an ongoing competition between him and Jamie to see which of their cocktails sells better.

Old Fashioned with a Twist

The original cocktail and one of the most enduringly popular. An Old Fashioned is a simple mix of bourbon, bitters, and sugar.

But rather than just using simple sugar, they take Demerara syrup and infuse it with vanilla in house for a more complex range of flavours.

The bitters and the aromatic bourbon are the first thing you taste, Jamie adds just a little more bitters than normal to balance the extra sweetness.

But the syrup comes in behind with a lovely vanilla aftertaste that lingers on the tongue.

As you make your way down the glass that orange in the bitters becomes more and more apparent, making for a great finish on a range of flavours that still stays true to the simplicity of an Old-Fashioned.

Twist on a Mule

The Moscow Mule, made with Absolut vodka, fresh lemon and lime juice topped with ginger beer and bitters on crushed ice.

The Hyde doesn’t just use plain spirits, they take lemongrass and soak it in the vodka for five days, infusing the vodka with a depth of flavour that plays to its strengths.

It takes the roughest of the edge off while giving it an extra citrus kick that’s so essential to a good mule.

The way a mule is poured over the crushed ice, the flavours layer themselves, the first thing you’ll taste is the bitters on top, then the mixed vodka and citrus kick, with a smooth finish from the ginger beer.

Try that for a bit, then stir the whole thing together for a different experience. 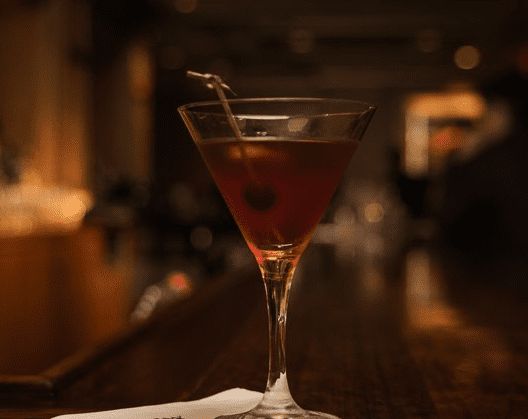 A distant cousin of the martini, and a few generations removed, the Martinez is one of the Hyde Bar most popular cocktails.

To a base of Bombay Sapphire gin is added Noll Prat white vermouth and Antica Formula sweet sweet vermouth that has an added vanilla flavour compared with other sweet vermouths.

Where the Martinez kicks it up from a normal martini is by adding Maraschino cherry liqueur for added sweetness, and finishing with a dash of aromatic Angostura bitters and garnishing with olives.

Maraschino really the dark horse of the cocktail world, working well in so many drinks. The Angostura and the Maraschino together give this classic cocktail a real bite.

Sponsored by the Connacht Hotel Group