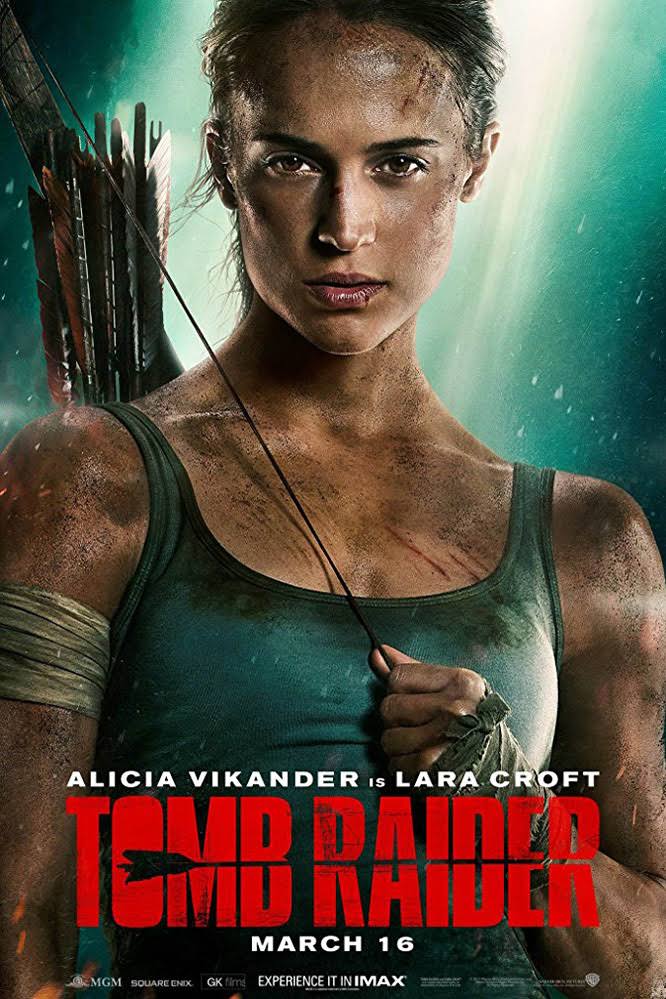 The rebooted Tomb Raider franchise manages to get over the relatively low bar set by its predecessors and other adaptations of video games to become a modestly entertaining adventure flick. But its awareness of its own source material is the film’s greatest weakness.

Alicia Vikander replaces Angelina Jolie as the titular Tomb Raider for this go-round. Vikander does an admirable job of introducing a young Lara Croft who is tough and talented, but woefully out of her depth when it comes to exploring lost islands and dealing with armies of mercenaries.

That is until, in true video game tradition, she goes from being a Jane not-quite-so-everywoman to a badass action hero during a scene transition.

While this works in a video game, because who wants to play an accurate simulator of what happens when an inner city kid gets dumped in the wilderness, it’s jarring to watch on screen as Lara goes from barely surviving to remorselessly dropping hardened killers using only the power of childhood archery lessons and positive thinking. At least 80s action movies would throw in the odd montage to keep viewers satisfied.

The best action sequence in the film involves a parkour chase with some dockyard toughs because, aside from some slick choreography, it actually feels like something the character could accomplish

In fact, trying to resemble a video game is the problem with most of the action in Tomb Raider. When we do get to some actual tomb raiding the obstacles blocking the way feel ripped directly from a game and don’t translate well to the big screen. It’s disappointing that what should be the highlight sequences of an adventure movie just feel tedious to watch.

The strongest material comes in the first half of the movie where we see Lara, not as an action hero, but as a young woman struggling to deal with the loss of her father; long before we’ve even heard mention of a tomb, let alone considered raiding it. Richard Croft (Dominic West) vanished seven years ago on an expedition, and Lara’s inability to accept his death is what drives her. A welcome motivation for a movie that otherwise wears its purpose right there in the title.

West, whom viewers are most likely to recognise as Detective Jimmy McNulty from The Wire, gets to ham up his natural English accent here for a performance that is so, so incredibly British. From the moment Lord Richard Croft opens his mouth I assume he intends to plunder ancient artifacts for the glory of Her Majesty Queen Elizabeth II.

Rounding out the cast is mercenary/extreme archaeologist Mathias Vogel (Walton Goggins) who is being forced to work on behalf of the evil (presumably) organisation Trinity. Very little time is spent exploring who Vogel is, where he comes from, or how he came to work for this Illuminati stand-in. But despite this Goggins gives a solid performance as a tired, embittered man who can’t go home until he finishes his job.

He makes for a more relatable antagonist than the sequel-establishing organisation that he works for and the film is best served when it focuses on him instead of dropping ominous hints about larger woes.

Less well served is by the plot is Lara’s ally Lu Ren (Daniel Wu) who just sort of hangs around the periphery. There is banter and some one-liners, but not even many of those. Oh, and Nick Frost is in it, not exactly sure why. Both of these characters feel out of place and unnecessary in a film that is far more invested in the relationship between Lara and her father.

It’s a shame that Tomb Raider doesn’t live up to its potential as there aren’t many old-school, Indiana Jones style adventure movies coming out these days. Alicia Vikander’s charismatic performance is unfortunately let down by some underwhelming action.