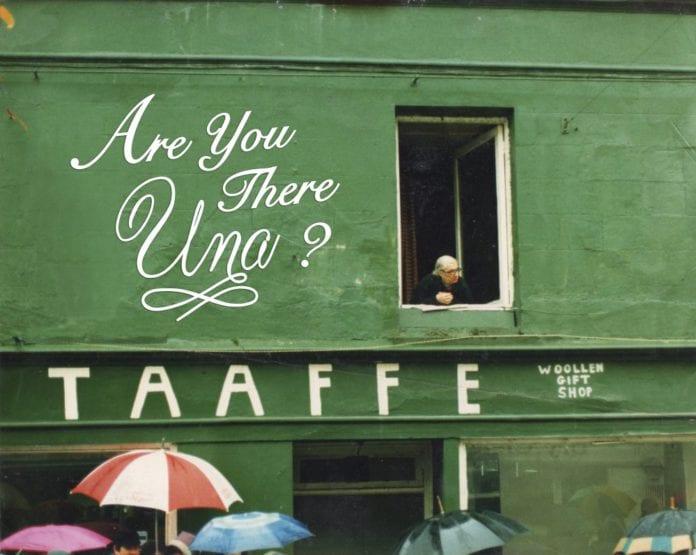 Update: Tickets for showings of Are You There Una? in Galway city have sold out

Una Taaffe is a larger than life figure in Galway history, inspiring many tales throughout her many years in the family named shop that many people in can still recall so clearly.

One troupe of theatre makers in Galway are attempting to reclaim and restore the portrait of Una Taaffe with their new stage show Are You There Una?.

Elaine Meyers collected stories, interviews, personal memorabilia and fragments of memories of Una, as a means of peeling back the layers of myth-making and finding the real person beneath.

Una’s life speaks to wider concerns of finding a sense of identity and belonging, how we read isolation, eccentricity and mental illness, and how we demystify these.

A multi-media show with acting accompanied by other historical materials, the show incorporates live music performance from Anna Mullarkey and video design by Jennifer Cunningham, along with the voice of Una herself.

The show premieres next month at the Mick Lally Theatre from May 3 – 6, and then on May 25 at Áras Éanna on Inis Oírr.

Tickets for the first two nights have already sold out, and what are left can be picked up through Galway Theatre Festival at www.tht.ie/May.

Reserve your tickets for Áras Éanna by emailing eolas@aras-eanna.ie.