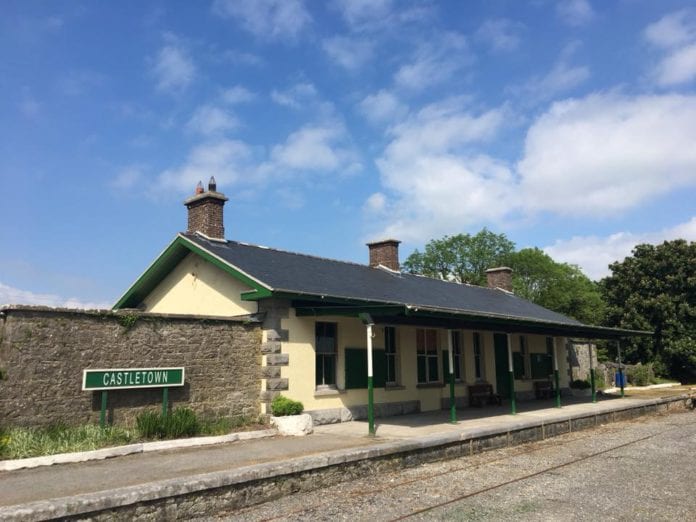 Ballyglunin Train Station, otherwise known as the Quiet Man station will be showcasing the past 15 years of restoration efforts at a public event tomorrow.

As part of the Big Hello! national community weekend the Ballyglunin Railway Restoration Project are opening their doors to show off and celebrate the work done as part of Phase 1 of restoration works to the Quiet Man Station.

Ballyglunin station on the old Athenry to Tuam line last saw a train pass through in 1976 when the section of the Western Railway Corridor was closed down.

In 2004 the local community came together to form the Ballyglunin Railway Restoration Project.

Their objective was to restore the station and its environs to its former glory and create a community hub that showcases its history for the enjoyment of visitors and locals alike.

The station’s main claim to fame is from the 1952 John Ford film The Quiet Man which shot its opening scene of John Wayne arriving back home in his character’s native Ireland after time away in America there.

In the years since starting this project, the local community has moved steadily and carefully forward with restoring this protected structure.

The first work done was on clearing ivy away from the old signal cabin and roofing the old goods store starting in 2006.

Work on the main station itself has proceeded slowly, what with the need for all work to be overseen by a conservation specialist to ensure nothing is lost.

Other work is still progressing on the station courtyards and developing community facilities, but locals are determined that this place has a bright future in local tourism.

The project has attracted high profile supporters, with John Wayne’s co-star on The Quiet Man Maureen O’Hara giving it her backing before she passed away in 2015.

Liam Neeson has also thrown his support behind fundraising efforts to move these conservation works to the Quiet Man station forward.

This community event taking place on Sunday will be the perfect opportunity to see for yourself the work which has been done at a fun day out for the family with live music, a history exhibition and activities for children including wildflower planting.

This will be followed by a showing of the play A Galway Girl at 8pm with tickets available online here fro €10.

The Big Hello! National Community Weekend is supported by the Department of Rural and Community Affairs.