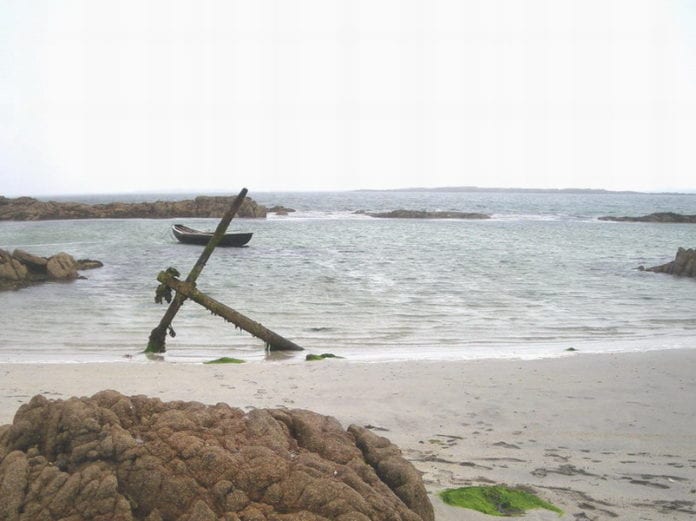 Five local artists are showing off their works inspired by the rigged land and sea of Connemara coast at the Cleggan Claddaghduff Festival of the Sea.

Margaret Irwin West is a painter and printmaker who’s lived in Connemara since 1991, living and working on the Aughras peninsula.

Her richly coloured paintings etches of the Connemara coast have been exhibited in Ireland and abroad.

Bernadette Dignam lives in northwest Connemara where she shows off her work at her private studio and runs creative workshops on ancient textile techniques like felting, weaving, and batik.

She works with a range  like wool and silk, alternating between rough and shiny fibres to reproduce the rugged landscape of Connemara.

Cathal O’Malley is a self-taught painter who works in oil and acrylics to capture light as it interacts with the sea and the sky.

He sells his works to audiences all over the word who love the untamed western landscape as much as he does.

Caroline Canning is a full time painter who splits her time between Dublin and Connemara. Speaks about the “connection between eye and hand” that triggers her paintings.

The enthusiasm she has for her work and her subjects is seen in the bold colours she imbues her stills of the Connemara coast with.

And Allanah Robbins, who takes a somewhat different approach to other artists. She is the founder and director of the “Interface” artist-in-residence programme.

Based old of an old salmon hatchery in Inagh Valley, Interface lets international artists to explore intersections between scientific research and art in an area of outstanding natural beauty.

Their art is on display this week at the newly-refurbished Inishbofin Ferry Office until August 12 as part of the Cleggan Claddaghduff Festival of the Sea.