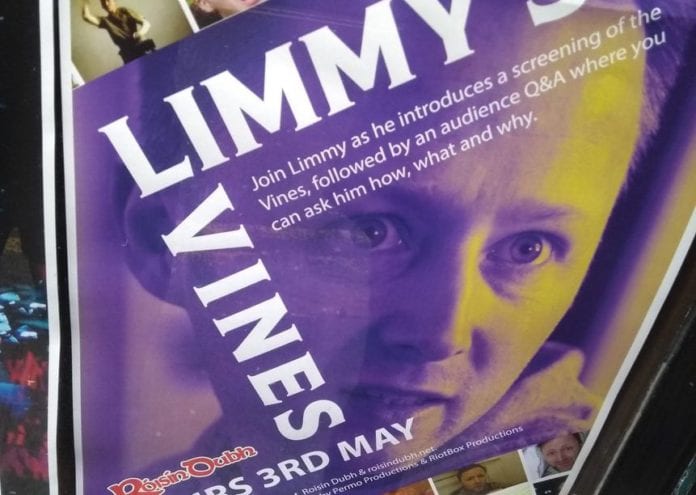 Brian Limond, better known as Limmy, is playing in Galway tonight, and in true Limmy fashion, he has tweeted his pre-show routine.

The ‘She’s turned the wains against us’ comedian played in Dublin last night, and continues his Limmy’s Vines tour in the Roisín Dubh tonight.

Here I am WAITing to go on stage in Galway. pic.twitter.com/21fRJcJRGP

The comedian shot to fame in Scotland and Ireland after Limmy’s Show aired on BBC Scotland in 2010.

I’m on stage in an hour or two. This is HOW I PREPARE FOR A SHOW. Essential viewing for anybody new to SHOWBIZ. pic.twitter.com/q2iAJkZrmp

He looks like Gaddafi in the moments before his death. https://t.co/BJjQWxZlcc