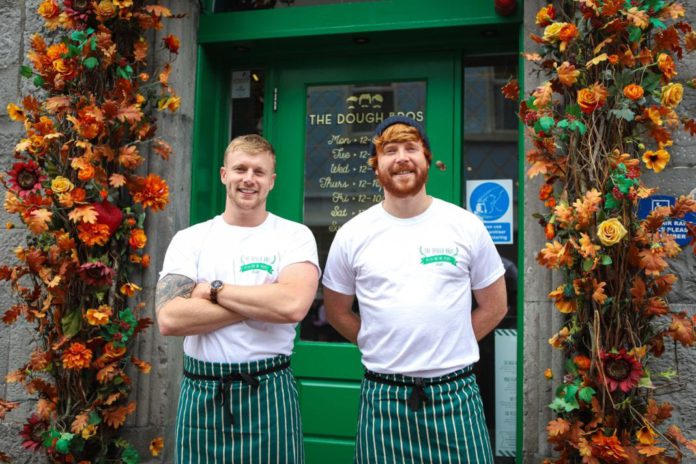 Galway’s much loved Dough Bros have been named the best pizzeria in Ireland, and the best takeaway pizza joint in Europe.

50 Top Pizza, The Guide to The Best Pizzerias in Italy and Worldwide, awarded The Dough Bros tje two major accolades for 2021.

Speaking about The Dough Bros, Top 50 Pizza said that during an extremely challenging year a half for the restaurant sector, the titular brothers turned a roadblock into an opportunity.

“They never lost courage but instead perfected their takeaway service and even created a kit to make at home.”

“Even the kit will produce one of the best pizzas in the country.”

In a list featuring the best pizzerias and restaurants on the continent, The Dough Bros were also placed as the overall 27th best pizza makers in  all of Europe.

Eugene Greaney, one of the two brothers, said that it was a huge honour to receive these accolades.

“For us it’s never about being the biggest, we have always focused on being the best we can be and making a real impact in Ireland and putting Irish Pizza on the map.”

Eugene and Ronan started the Dough Bros in 2013 as a food truck that featured in the city’s farmers market.

They their first taste of working at a full premises with a pop up shop on Abbeygate street a year later before moving to their current home on middle street.

This is the second year in a row that the judging panel in Milan have chosen them as among the best pizzerias in Europe for the Top 50 Guide.

The additional award this year of having the best takeaway pizzas for their Home Kits was a great surprise, Eugene added.

“Last year when the restaurant closed, we had to switch to a takeaway and developed the kits also.”

“When we opened as a takeaway, we did not want to do it for the sake of it, we aimed to provide the same level of standards and qualities we applied to the restaurant.”

“It was challenging and hard work so to get this accolade as well as the awards above was the icing on the cake.”

“We closed up for the night and watched the awards live with our staff. It was a night we won’t forget.”

In June of this year. The Galway brothers’ pizzeria also featured as no 27 on another Top 50 Pizzas in Europe list by the hugely popular travel site, Big Seven Travel.

The huge success of the Home Kits has changed the way the brothers think about their business.

While right now they are focused on getting the restaurant fully reopened, they hope to expand the takeaway option in the future.

“Rather than rely on the restaurant model we hope to add a factory for our kits and a takeaway business so people can enjoy the Dough Bros pizza in different ways which is really exciting,” Ronan explained.