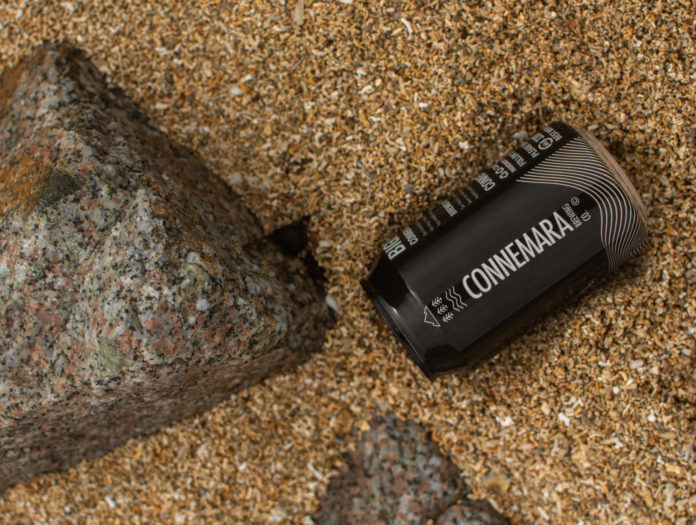 The Connemara Brewing Company have unveiled their lineup of beer for 2021, with a focus on niche ales and lagers in 330ml cans.

Connemara’s water quality is noted as being one of the best in the world, which combined with the quality raw materials, and crafted by the know-how of their world-class brewers, brings together a refreshing beer like no other.

All Connemara Brewing Company beers are made from scratch in the Carraroe Brewery, using traditional recipes and as many local ingredients as possible which are sourced directly from carefully selected producers.

This summer’s signature lager is best described as a refreshing, clean and robust lager.

It features a pleasingly spicy and floral bitterness from its Žatecký hops, backed up with a slight maltiness from a blend of Irish and continental grains, and a crisp clean finish from the specially selected yeast and open fermentation process.

Irish ale has a long and dignified history. The Connemara Ale is juicy and full of flavour. A perfect hop medley and yeast blend provides our ale with a flavour that will make you want more.

The brewery is led by Aine O’Hora who is one of the foremost brewers in Ireland, who has been brewing beer for the past 20 years, and moved home to Galway after a highly successful career in the beer business.

She has started and ran both start-up craft and large international breweries and now invests all that experience and skill into some of Ireland’s best beers.

“We’ve kept to those traditional values by producing an open fermented ale with a reddish hue and a beautifully sweet palate that is bursting with hop flavour while remaining low in bitterness. It’s like Connemara sunset in a glass,“ explained Aine.

This summer Connemara Brewing Company is part of Aldi and Bord Bia’s “Grow with Aldi” program, which means their beers will be available in stores throughout Ireland from June 6.

Connemara Brewing Co are one of a small number of select suppliers chosen as part of the 2021 Grow with Aldi program.

Aine said that being in independent retail and hospitality venues across the west of Ireland has helped them to understand their customers better.

“Through a huge supermarket chain like Aldi we will be in the mainstream and in view to the shoppers of Ireland, we couldn’t be happier with this really brilliant opportunity.”

Connemara Brewing Company commitment to taste and quality comes through in their sustainability ethos from brewing to sale.

With state-of-the-art technology enabling them to use as little water as possible in their brewing techniques as well as returned grain to farming lands in the locality for a lessened environmental impact.

The company also decided on using cans instead of glass bottles as to ensure to lessen their landfill footprint.