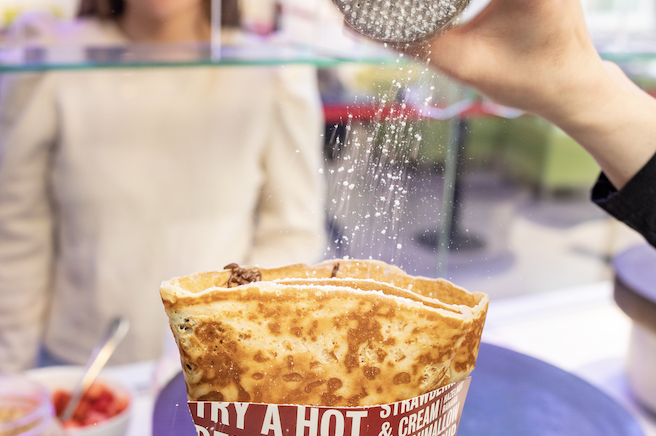 The popular shop, which serves crêpes, gelato, waffles and milkshakes, is offering free sugar and lemon and free Nutella crêpes between 9am and 12pm.

Gino’s Gelato has 28 locations nationwide including one on William Street in Galway city, and has a wide selection of crêpes on offer.

The main difference between crêpes and pancakes are that pancake batter has a raising agent in it, such as baking powder or bicarbonate of soda, whereas crêpe batter doesn’t.

In the past, meat was banned during lent and most Irish families ate only one small meal per day, probably potatoes, without the usual butter and milk.

So the day before Ash Wednesday, all the rich foods in the house had to be used up, including eggs and milk.

These ingredients were used to make pancakes, and the tradition has stuck.

Gino’s Gelato is located at 24 William Street in Galway City.