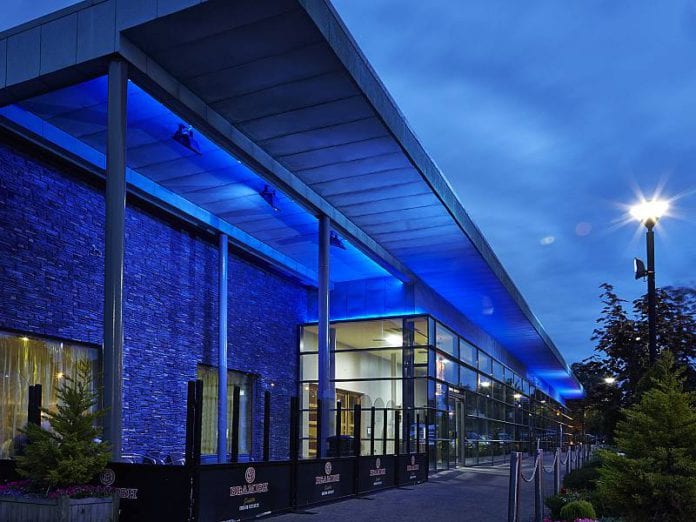 Galway’s Connacht Hotel has been a stalwart part of the travel and tourism landscape in Galway for decades, and on its fiftieth anniversary is celebrating a lifetime of ensuring that families get the best possible experience in the west.

Situated out in Mervue on the Old Dublin road, the Connacht Hotel offers easy access to all the cultural and night life of the city centre, but also has space for families to park and a bit of distance from the noise for when you’re getting some shut eye at the end of the day.

Throughout its almost 400 rooms the Connacht creates a home away from home vibe with family suites and full apartments alongside the classic hotel rooms so people don’t fell like they’re sleeping in someone else’s bed.

There’s a comfy, lived in feeling to the rooms that makes it seem like you could be getting breakfast in your own living room.

Lousie Pettit is the Guest Relations Manager at the Connacht Hotel with the best part of 20 years experience creating unforgettable holiday experiences there.

She’s far from the longest serving person on the team however, with some members of staff who have worked there since the 70s and seen the hotel evolve many times.

When it first opened as part of the Ryan Hotel group it was an innovative take on tourism both in Galway and along the West coast, offering people the chance to stay at Ryan hotels in Killarney, Galway, Westport, and Sligo.

The idea was the people would use their hotel as a base for families to go exploring the west of Ireland decades before anyone began pushing the Wild Atlantic Way.

“It was one of the concepts of a gentleman by the name Dermot Ryan. It was a new kind of venture in Irish hotels where people would come over from the large English market.”

“You could rent you car and drive from destination to destination and enjoy your holiday along the west coast, because obviously the east coast had lots of offerings for people and he wanted to do something similar for this side of the county.”

When it first opened the Galway Ryan Hotel had almost 100 rooms in stylish 60s design for modern families taking a trip, with the the average cost of a stay at the time

Dermot Ryan, the Chairman of Ryan Tourist Holdings in 1969, is quoted as saying: “Our aim is to offer good food and first-class rooms with private bathroom suites at down to earth prices aiming at high occupancy spread over the whole year” 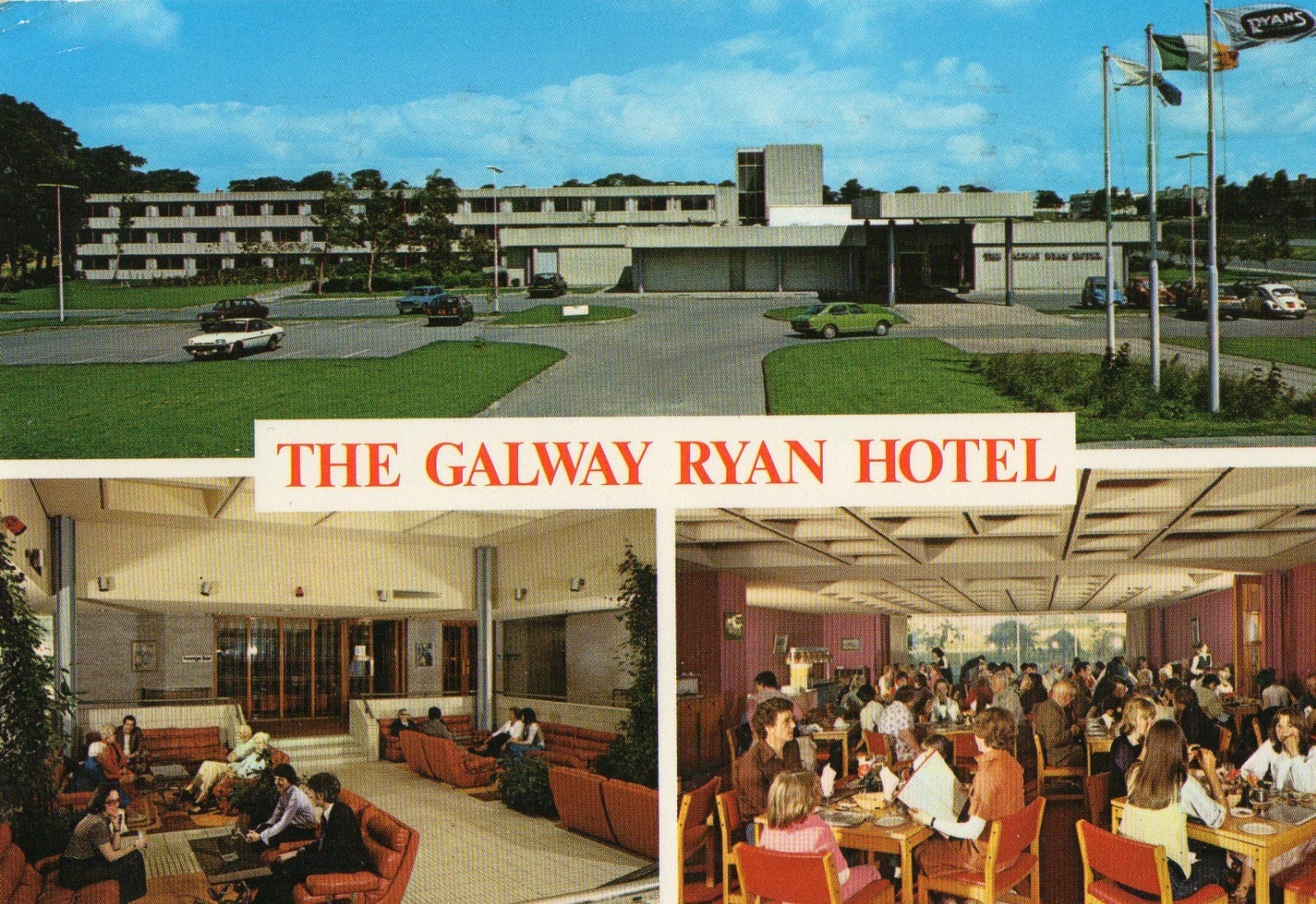 This year is the 50th anniversary celebration of the hotel’s opening, and it’s wearing its past proudly on its grounds and on its walls.

From those very early days the Connacht has always cultivated that welcoming atmosphere for families, building memories for children and parents alike.

Looking at the hotel’s timeline wall showing that 60s decor it had in the beginnings which can really only be described as groovy, Louise talks about how her own mother described coming here with her when she was just a child.

It was the attention to little details that made it attractive she said, relaying how impressed her mother was at the time with the red leather backed high chairs for kids, “The concept was that it would be this kind of modern vibe for the 60s”.

Those positive experiences and the memories they create have a long lasting impact on people, as Louise can well attest, and when kids who enjoyed their stay are grown and planing their own west coast holidays they remember where they had a good time before.

She’s not the only one with memories attached to the Connacht Hotel and as part of the 50th anniversary celebrations anyone who has stayed there in the past, or just had it play a role in their life, were invited to share their story and become part of the hotel’s history.

Of course a huge part of any family holiday is making sure that there is something for the kids to do other than bounce on the beds, and for nearly 40 years the Friendly Fellows Kid’s Clubs at the Connacht Hotel has been going above and beyond to create incredible entertainment for kids.

“They started focusing a lot on the needs of families, before it was ever invented, that concept of a staycation, for families who wanted to enjoy a hotel experience with things to do for children.” 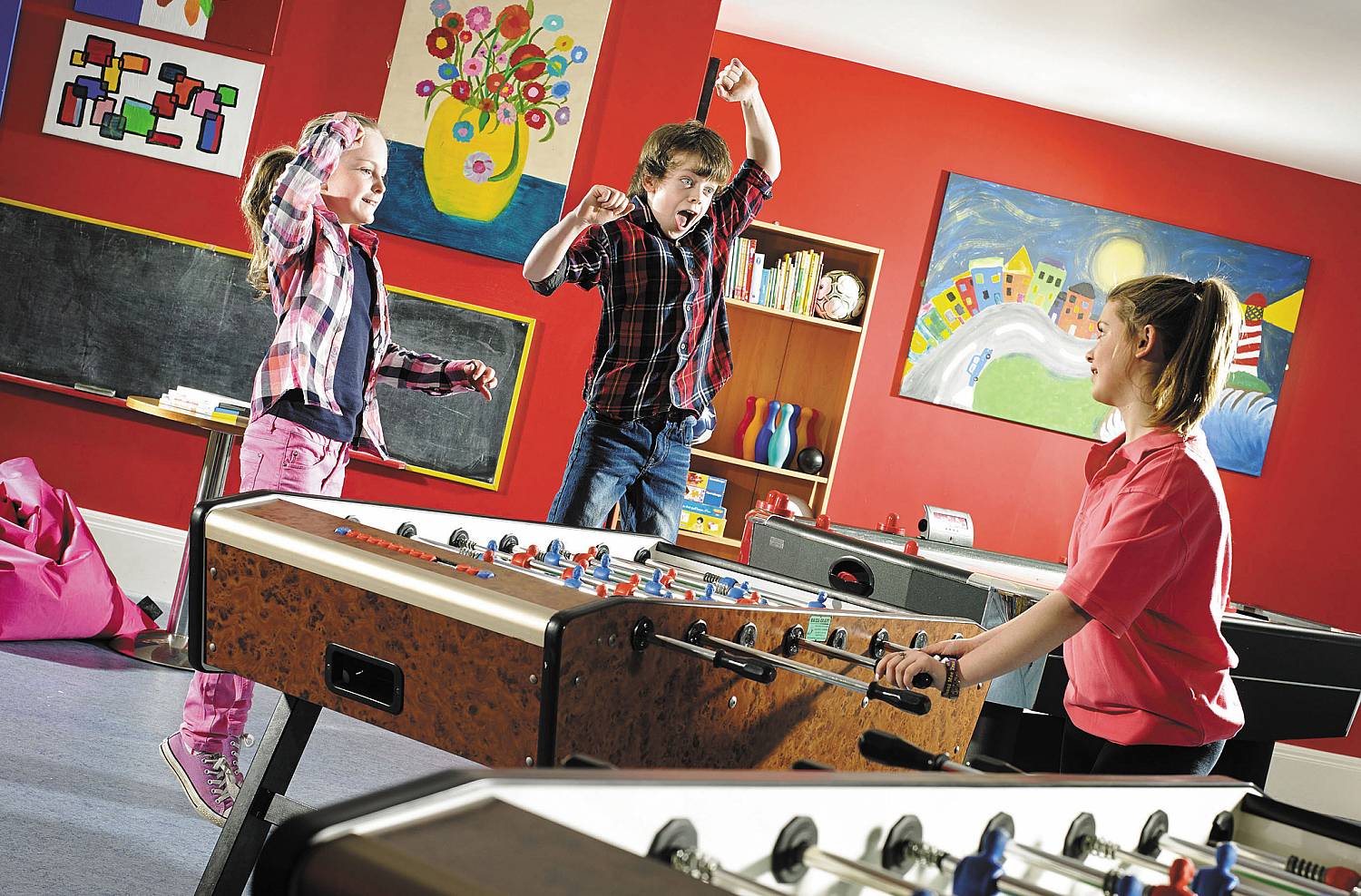 Far more than just a room with some toys in it, the Friendly Fellows club goes to great lengths for young people staying at the hotel including table quizzes, talent shows, arts & crafts and a range of sports such as football, bowling, hockey, obstacle courses, and parachute games.

All of the Ryan Hotels later had children’s clubs incorporated their design, but the Friendly Fellows club in Galway was the first to open its doors in 1984, making it the longest running kid’s club in all of Ireland.

“The people who run the kids club have over the years developed this wonderful programme of inclusivity, safety, fun and creating an enjoyable environment for children,” Louise said, adding that all of the staff at Friendly Fellows come from backgrounds in working with kids.

Evidence of the club’s popularity can be seen right there on the Memory Wall where the kids leave their own mark on the hotel with their name and painted hand prints.

Those prints on the wall when I visited have only been gathered in the last week or so Louise tells me, and it has had to be repainted many times as it fills up with memories.

While the focus at the Connacht Hotel has never wavered on making sure that families have the best possible experience, it’s changed in plenty of other ways.

“The whole concept of the hotel has evolved over the years. We’ve changed from the Quality franchise to the Carlton franchise and then in 2013 we set out on our own as the Connacht.”

Along the way the Conncht Hotel has undergone a lot of growth of its own, with the addition of almost 300 more rooms including long stay apartments, a leisure club and spa, and the Active Fitness Gym.

For large scale events people can book the aptly named Ryan Room which combines a hall that lights up any gala event through its floor to ceiling windows with a stunning dedicated garden for when guests want to soak up that summer sun.

All these amenities are about catering to the community Lousie said, and making sure that no matter what type of holiday people are planning that they won’t be left wanting.

Some guests might be on a week long trip with their family and just use the hotel as a base while they travel all around Galway. But, Lousie adds, there’s also a lot of people now who just get away for short breaks on the weekend and like knowing that everything they could need is right there in the hotel.

But no matter the time of year the Connacht Hotel is always buzzing with activity as Galway draws in visitors throughout the summer festival season, and on to the Galway Races, and then all the other year round attractions that draw visitors to Galway looking for that famous welcome.

At the end of the day what people really take away from a holiday or any stay in a hotel isn’t how soft the mattress was or the carpet in the hall, it’s the quality of the service and how the staff have helped in every little way to make your experience enjoyable.

That’s what the Connacht is celebrating 50 years of, and what it intends to go on doing for many years more.