It’s been a fast paced few years for fashion and lifestyle lover Pamela Uba, who has gone from indulging in the world of fashion as a sheer hobby, to a national icon as Miss Galway and Miss Ireland.

The world of fashion and lifestyle is known for rapidly changing trends, but there has been a titanic shift in recent years, with social media providing greater choice and opportunity on both sides of the camera.

Whether they are sharing their own fashion tips and statements, or finding icons they can relate to, it is easier than ever for people to search for creators that better represent them and their interests.

Pamela is turning her own love of fashion and beauty from a hobby into a living as part of Meta’s Creators of Tomorrow campaign.

Pamela found the time to speak with Galway Daily between her job with Google, and her part in the new ‘Creators of Tomorrow’, which aims to shine a spotlight on up and coming content creators in Ireland, and the communities they are building.

She talked about her love of the world of fashion and beauty, and how that has grown over time, while also proudly using that platform to address more serious topics.

For her, she said that her use of social media, and sharing her love of fashion, started as just a way to show all sides of herself to people.

No more than a year ago, Pamela remembers that she had only in the region of a thousand followers on Instagram, and how that has grown so rapidly.

It was when she began her journey to Miss Galway, and Miss Ireland after that, that she really began interacting with people on her page, on simple and serious topics.

“I started doing this series Real Talk where I would bring people on, or even just pick a topic, or ask my audience to pick a topic. And I would talk about things such as mental health, growing up in direct provision.”

Pamela spent her childhood in direct provision, along with her mother and three sisters, after her family came to Ireland from Johannesburg when she was seven.

She used her platform as Miss Galway and Miss Ireland to open conversations about the lives of people in direct provision, as well as getting tablets for special needs assistants in schools.

There she found a huge community of people online willing and able to help out in these efforts.

“The people from the west of Ireland, they’re so, so supportive. I had the most incredible time being Miss Galway, everyone wanted to help in whatever way they could.”

“I remember when I did my first fundraiser for educational equipment for kids, it was just through getting a voucher for dinner at a restaurant in town, or for a beauty treatment.”

“That’s what I mean by this community that we’ve created online. I may not have met some of these people face to face, but we were a community in the digital space.”

Today she is a well known personality in Galway, sharing her fashion tips and stylish outfits online, or looking spectacular at the Galway Races, as well as continuing to talk about more serious topics such as her work as a children’s ambassador.

While some people might take to social media like a duck to water, Pamela said that working on engaging with her fans is something that she had to teach herself.

“I never was Instagram savvy to begin with. It’s something that I definitely learned along the way, and I’m still learning,” she explained, adding that going onto her stories to talk with people was, “something I had to coax myself into doing.” 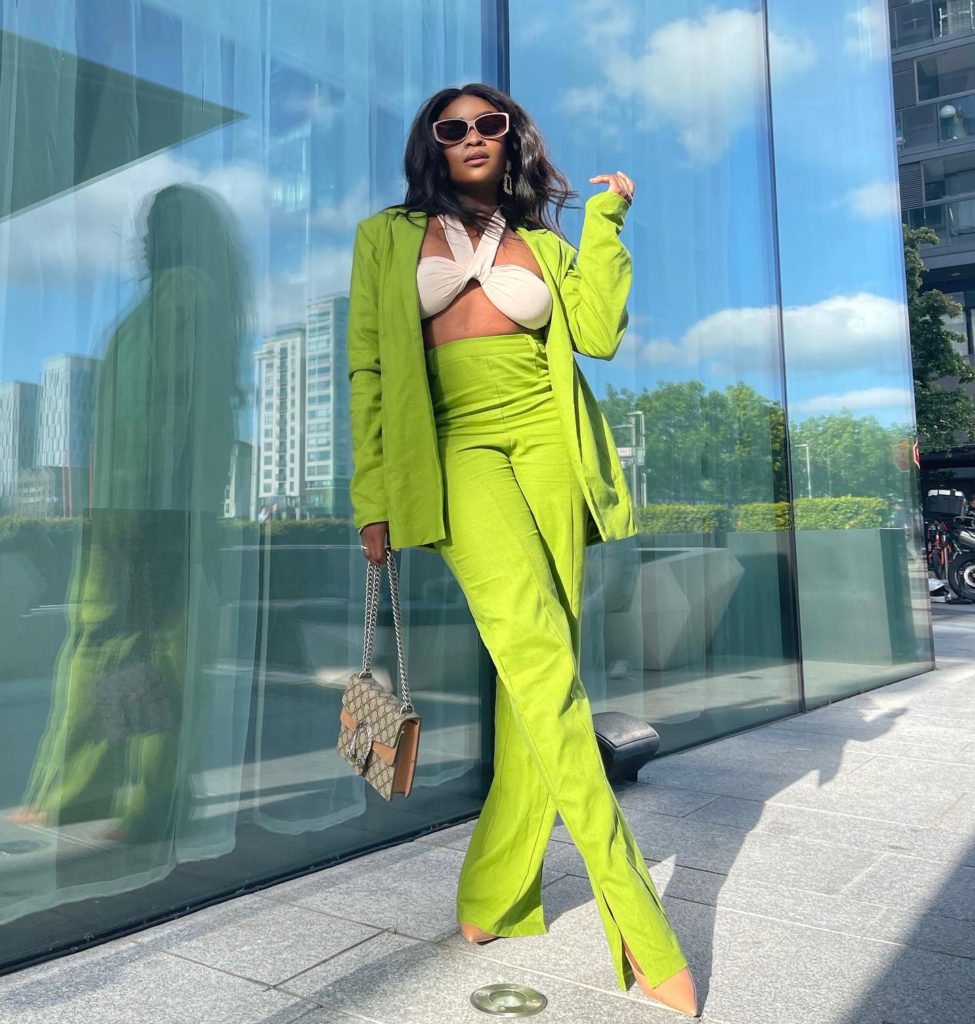 “Just having somebody out there that is like me, I think that’s important. And I felt that was probably something that was missing in society for me, and it ended up that I had to be that person that I wanted to see.”

Pamela spoke about wanting to show her pride in more than her modelling and fashion work.

After spending 10 years in a direct provision centre in Ballyhaunis, Co. Mayo, she graduated as a medical scientist from NUI Galway, and was on the front lines of the pandemic at University Hospital Galway.

This year she received her Masters of Science in Clinical Chemistry from Trinity, and now works in Google.

“I love everything that I do. I’m probably the first person in my family to have worked in a really good profession, whether Google or the hospital, to have completed a Masters. That’s important to show as well.”

Whether sharing fashion and beauty tips, or talking about more serious topics, what she has found most important to building an audience is to engage with people to ensure that they leave her page with a smile on their face.

“I think the key thing is to always continue to engage with your audience, and talk to them. At the end of the day it’s about creating this positive community where people can share their experience together.”

“At the end of the day, I want to ensure that when people come on my page, they get the best experience they can possibly get.”

She said that taking something that started off as just a personal hobby, and turning it into a profession is a big change, but one that she has welcomed.

“It’s a huge step, but it’s a great direction. Not many people can say that they turned a passion into their profession at the same time. So I do feel quite lucky that I can do that.”

Being part of Meta’s Creators of Tomorrow campaign has been a great help to her, she said, both for the tips she has received, and being in the company of so many other talented content creators to learn from.

“It just goes to show you, when you get out of your own way and put yourself out there, what you can achieve. So I’m really delighted to be a part of it. Not only that, but to be amongst so many amazing creative women.”